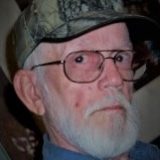 Mr. Earl Van Milton of Denham Springs, at the age of 86, passed away peacefully at the Butterfly Wing Hospice of BR on Sunday . Van, as many of his friends and family knew him, worked for many years at Zammit Radio and Tv and at The EBRP school board as an electronic tech. He loved hunting, fishing, coin collecting, photography, woodworking, guns and ammo but above all that, he loved his family. He raised his two girls after the death of his wife Juanita Creed Milton in 1970. Preceded in death by his mother Esther and father Marshall Milton. His birth parents Mr. and Mrs. Frank Eugene Juban, 6 brothers and sisters and his good looking identical twin brother Verl Breeden. Survived by daughters Cynthia (Ted) Briscoe, Marsha (Kurt) Arnold, grandchildren Nita (Chris) Lanning, Travis Taylor, Colleen(Sean) Johnson , Alex (Meagan) Arnold, Jessica Arnold and 8 great-grandchildren. The family would like to extend special thanks to Emma, Sally and staff of Maison de Fleur, and the staff at Hospice of BR Butterfly Wing. Visitation at Seale Funeral Home 1720 S. Range Ave in Denham Springs –Nov. 14 from 5pm to 8pm. Burial at a later date. In lieu of flowers please make a donation to the American Cancer Society or Easterseal of Louisiana.