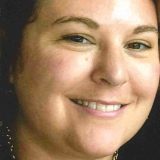 Born on September 21, 1974, Lauren was raised in Folsom, LA and was the daughter of Charles Philip Nettles, Cecil Pierce Albarado and Hilary Joseph Albarado, Jr.  Lauren is survived by her husband Steven Ray Bomar to whom she celebrated nearly 21 years of marriage together; her two sons Alexander Ray Bomar, Owen Kent Bomar, and stepson Zachary Tyler Bomar to whom she dedicated her life to; her siblings Charles “Carty” Nettles (Mindy), Claire Elise Nettles Obgartel (Sam), Dawn Albarado Sonnier (Michael), Joe Albarado (Jill), and Zachary Tyler Nettles; She also leaves behind several nieces and nephews, Amelia Obgartel, Eli Albarado, Ethan Albarado, Aidan Miceli, Courtney Miceli, Sara Martin, Danyle Sonnier, and Dylan Sonnier.  She loved her nieces and nephews as her own children, as they brought much joy into her life.

Lauren was a loving wife, mother, daughter, sister, aunt, and friend who celebrated life each and every day.  Lauren was known for her deep faith in God, and lived her life consistent with her faith.  She met friends and strangers alike with her friendly demeanor, zest for life, and her bubbly personality.  She was always quick with a joke, and her life was filled with laughter.  Lauren never met a stranger and was known to bring people together through her interpersonal skills.

With Steven being in the Navy, Lauren was able to fulfill a dream of living in the northeast as they moved to Groton, CT and to other places like Kingsland, GA.  During these moves to various locations, she met many people, and created lifelong friendships along the way.

Lauren had a curious soul and liked to try new things, loved traveling to new places, and meeting new people.  Once she became familiar with a new place, she often acted as a tour guide to any friends or family that came to visit those places with her.  Her infectious positive energy and genuine spirit always made people feel welcomed and loved when they were in her presence.

There was seemingly nothing Lauren wouldn’t or couldn’t do when she put her mind to it.  She had many hobbies, enjoyed building furniture, working on craft projects, cooking meals, and hosting parties for her family and friends.  Lauren and Steven often would work on various projects to build furniture, or make improvements around their house together.  There was no job Lauren wouldn’t at least try once.

Being the people person that she was, Lauren loved traveling, going to Jazz Fest, attending Mardi Gras and St. Patrick Day Parades, and tailgating and going to football games.  For Lauren, spending these moments with family, meeting new people, and sharing laughter were what made her life so fulfilling.

Lauren will be sorely missed by all of her friends, family and others that she encountered in her lifetime.  A memorial celebration of Lauren’s life will be held at a later date for family and friends.

In lieu of flowers, please consider donating to St. Jude in Lauren’s name.  The link to do so is: