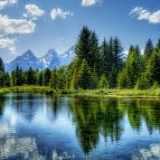 Louis Stephen Rastanis passed away on January 28, 2021, at the age of 69 surrounded by his family.

Louis Stephen Rastanis had many accomplishments in his life and was never scared of anything. He served in the US Army from 1969 to 1974 also he attended LSU College in his 40’s earned a degree in Philosophy and then went to Law School he practice law for 10yrs. He ventured out on many business adventures and enjoyed every one of them. Louis lived a life of adventure his last adventure was a flight instructor at Autogyro of Louisiana and loved his family. He leaves behind his loving wife Terry Rastanis Children: Sean Rastanis , Stephanie Rastanis Halker. Step children: Preston Asevedo, Shannon Pennino, Damian Asevedo, and Justen Asevedo.