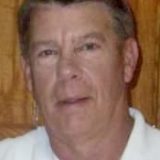 Michael Allen Bryant, age 68, of Port Allen, Louisiana Mike passed away peacefully at his home after a courageous battle with early onset Alzheimer’s/Dementia on Monday February 15, 2021. Those who knew Mike know he hated being fussed over and he’d rather give than receive. In lieu of funeral services a Celebration of Life in remembrance of Mike will be planned at a later date. Expressions of sympathy may be directed to Mike’s tribute page at . Mike was born at Warner-Brown Hospital in El Dorado, Arkansas, on March 8, 1952, the son of Mr. and Mrs. Billy Jack and Cornelia Irene (Carter) Bryant. Growing up in Smackover, AR, Mike graduated from Smackover High School with the Class of 1970. After a brief stint in college on a band scholarship Mike decided to follow in his grandparents footsteps and opened his own plumbing business. Mike’s energetic personality lead him to “sales” where he enjoyed a successful career in life insurance and industrial outside sales where he thrived making lifelong friends. Later he pursued a pipefitter trade in the construction field before becoming ill. His many talents and vast knowledge of building/repairing things led him to building his own home of which he was extremely proud. A devoted husband, father, stepfather, and grandfather, Mike loved and cared attentively for his family. In addition to the love for his family, his favorite hobbies included: genealogy research, history, antiquing and collecting. He enjoyed reading, traveling, hunting, fishing and had an unforgettable passion for all types of music. Mike was loved by many and will be greatly missed. Left to treasure Mike’s memory; wife of 24 years, Georgina Bryant; son, Allen Bryant; and daughter Laura Bryant; stepchildren Trent and wife Christi Blair; Misty Blair and fiancé Glen Burns; and Meghan Blair. 17 grandchildren; and 6 great grandchildren; brother-in-law Dave Cosner; sister Suzie and husband Tom Hunt; Aunt Faye and Uncle Ronnie Martin; Jim and wife Janie Bryant; family friends Ken and Barbara Rapier; Kerry Rushing; many nieces, nephews, and cousins; special dearest companion “Baby Boy” Dutch. Preceded in death by his parents and his beloved sister Rebecca (Becky) Cosner; and cherished friend John Rushing. Special thanks to Comfort Care Hospice of Plaquemine, LA and staff. We sincerely appreciate all the acts of kindness and sympathies expressed by everyone.