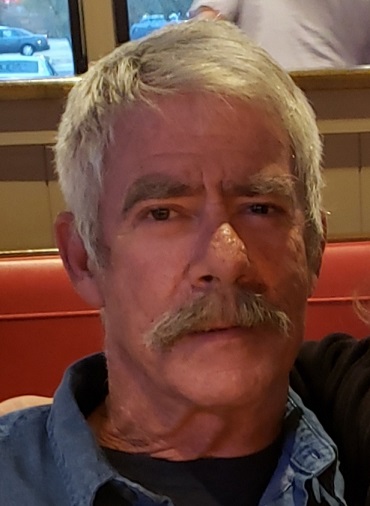 Patrick (Pat) Renee Munzey, age 66, passed away peacefully at his home, surrounded by his family and loved ones, on April 21, 2021.
He was born on February 27, 1955 in Birmingham, Alabama to his parents, Gordon Munzey and Myrna (Stockwell) Munzey.
Pat grew up in Baton Rouge, Louisiana with his siblings and attended Lee High School. He was the “man of all trades.” He worked in plants, loved mechanics, but his REAL passion was Carpentry. He could do anything with wood and is remembered by some of the amazing peices he left us.
His love for his kids and grandchildren kept him fighting his battle with ALS as long as he could. He was such a strong man with a gentle heart. He fought many battles in his lifetime, and we are comforted knowing he gave his life to God.
Pat is survived by his brother, Stephen Gordon Munzey; his two daughters, Jasmin Renee Munzey Cedotal and Patricia Addelle Munzey; his son, Joseph Thomas; his grandchildren, Jaden, Caleb, Hallie and Aeva; his family friends, Jimmy Palmer, Melinda McMahon Munzey Palmer, and Blythe Martin.
He is proceeded in death by his father Gordon Munzey; his mother, Myrna Stockwell Munzey Ricaud; his brother Fredrick J. Munzey; and his sister, Gwen E. Pierce.
Pat’s memorial service will be at the Mandeville Lakefront in Mandeville, La on Sunday, May 16, 2021 at 2:00 PM with reception to follow at his daughter, Jasmin’s house.
In Lieu of flowers, please donate to “Team Gleason.”