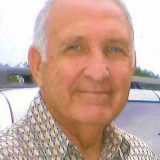 “I have fought a good fight, I have finished my course, I have kept the faith:” 2 Timothy 4:7 KJV.

Lacey Alan Glascock, age 79, passed away Monday, May 24th, 2021.  He was a native of Wisner, La. and a resident of Walker, La. He graduated from Walker High School, followed by earning a bachelor’s degree in mechanical engineering from LSU. He began his work career with the State of La., Dept. of Highways in 1963. After working there for 5 years, he packed up his little family and moved to College Station, Texas where he earned a master’s degree in civil engineering from Texas A&M University. He then returned to Louisiana and the Highway Department, where he worked until retirement in 1999, with 36 years of service. He enjoyed following LSU football and playing golf at every chance. Visitation will be held at Walker Baptist Church, Wednesday, May 26, from 9 a.m. until service at 12 p.m. with burial following in Minton Cemetery, Walker, LA. He is survived by his daughter, Melanie Glascock Risher (Dana), and son Stephen Wade Glascock (Glinda Shannon), 4 grandchildren; Bryce Risher (Ashley), Chase Risher, Whitney Glascock Sullivan, and Makenzie Glascock Milano (Tyler), 4 great grandchildren; Charlie Cate, Hollen Rose, Asher Alan Risher, and Finley Jayde Sullivan, 2 brothers; James Lester (Ginger) and Douglas Wayne (Judi) Glascock, brother-in-Law; Arthur (Wimpy) Israel Jr. and numerous nieces and nephews. He is preceded in death by his wife of 55 years, Marilyn Peak Glascock, his parents Van B. and Vivian St. John Glascock, his mother and father-in-law, Aline and Rudolph Peak, and sister-in-law Beverly Peak Israel.

“I shall be telling this with a sigh somewhere ages and ages hence: two roads diverged in a wood, and I, I took the one less traveled by, and that has made all the difference.” (Robert Frost, The Road Not Taken).