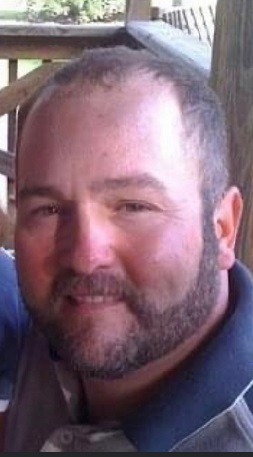 Kyle Douglas Spring, born July 8, 1969, in Baton Rouge, Louisiana, to Douglas and Kathleen Spring of Denham Springs, fell asleep in Jesus on May 22, 2021. Having suffered a heart attack in 2020, he died suddenly of heart failure at age 51.

A 1987 graduate of Denham Springs High School, he became a U.S. Army airborne infantryman in the fabled 82nd Airborne Division at Fort Bragg, NC.  Selected as Honor Graduate of his basic training class, earning the coveted Iron Mike Award as the best among 900 fellow soldiers, he deployed to Kuwait for the duration of Desert Storm.  He was among the first 100 American soldiers to arrive in-country and fight Saddam Hussein’s Iraqi army.

Kyle attended Southwestern Adventist College in Keene, Texas, for one year before eventually earning a bachelor’s degree from New Orleans Baptist Theological Seminary, after which he was close to the Lord for the remainder of his life.  An eager learner who was unusually well read, he enjoyed debating a wide variety of arcane subjects.  He worked for Illinois Central/Canadian National Railroad for many years.

Blessed with a wonderful sense of humor, Kyle laughed easily and heartily.  His first love was the outdoors, learning to hunt, fish, and trap at the knee of his late father and best friend.  His beautiful daughters, Kyleigh and Molly, were the delight of his life.  He was proud of his son, Jesse, and the man he has become.

Kyle is survived by his three children, his devoted wife of 24 years Donna Spring, his loving mother Kathleen Trieschmann, his lifelong friend and sister Christi Hodges, his close friend and brother-in-law Dale Hodges, his nephews Cooper and Colton Hodges, and his brother-in-law Frank Hisaw, Jr.  He is also loved by many aunts, uncles, and cousins.

Services will be held at Seale Funeral Home in Denham Springs on May 28 at 11:00 a.m., with visitation from 9:00 to 11:00 a.m. and interment at Denham Springs Memorial Cemetery. Pastor Daniel Hoover will officiate.  Pallbearers will be Dick Hicks, Mike Milton, Andy Hughes, Charles (Chuck) Clement, Dale Hodges, Christi Hodges, and Molly Spring.

Those wishing to leave comments or condolences on Legacy may do so by searching for this obituary at www.sealefuneralhome.com.