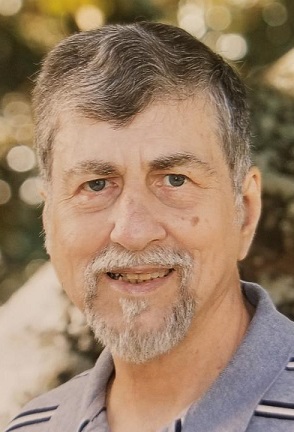 Gerald Joseph Hymel, 68, of Denham Springs, LA, passed away peacefully at home surrounded by his loving family on Sunday,
August 8, 2021, after a long, courageous battle with cancer.

Born in White Castle, LA to John and Frances Hymel, Gerald was raised in his family’s beloved country home in Sunshine, LA.  After Graduating from St. Gabriel High School in 1970, Gerald went on to continue his education at the Louisiana Trade School. Upon completion of trade school, he settled into his career with VICI Precision Sampling in Baton Rouge, LA, where he would eventually retire as general manager after 45 years. He was fiercely passionate about sports, especially NASCAR, LSU, and Saints Football. He was an avid Mustang enthusiast and was a member of the California Special Worldwide Mustang Club and enjoyed competing in various car shows. He also enjoyed traveling and was able to enjoy a few long “road trips” during his retirement.

Gerald was a strong, kind, loving, and supportive husband and father. His knowledge and guidance were the foundation of his family. He cherished every moment spent with his wife of 47 years, Candace, and his two daughters. He had an extra special place in his heart for his grandchildren and was grateful for every moment they shared. Despite his battle with numerous cancers throughout the last 34 years of his life, Gerald always maintained a positive outlook and was determined to not give up without a fight. He was also a longtime parishioner of Immaculate Conception Catholic Church and shared his love of the Catholic faith with his children and grandchildren.

Visitation will be held at Seale Funeral Home in Denham Springs, LA on Friday, August 13, 2021, from 5pm until 8pm. Visiting resumes at the funeral home on Saturday, August 14, 2021, from 10am until 11:30am. Mass of Christian Burial will follow at Immaculate Conception Catholic Church at noon, conducted by Fr. Taylor Sanford. Pallbearers will be Chase Ard, Joshua Riewerts, Dale Gaudet, Craig Chatelain, Bill Teer, Shawn Pascoe, and Ricky Averette. Honorary pallbearers are Kenny St. Romain and Joe Territo. Burial will follow at Evergreen Memorial Park.

The family would like to extend a special thanks to Dr. Burke Brooks of Ochsner Cancer Center, who treated Gerald for 34 years. Dr. Brooks was instrumental in adding longevity to Gerald’s life and over the years had become more of a friend than a doctor. Dr. Brooks, along with his Ochsner staff and associates Drs. Hymel, Freeman, and Giglia, will continue to hold a special place in the hearts of the Hymel family. A final thank you to the medical staff at Ochsner Hospital and Compassus Hospice Care who were a great comfort to the family and eased Gerald’s transition to his eternal life.