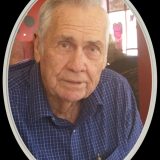 John L. Sullivan, entered the presence of his Lord Jesus Christ on March 20, 2022. He was at home surrounded by family and friends. Born in Amite, LA on February 24, 1936, to Bill and Margaret Sullivan. He moved his family to Denham Springs, LA in 1965 where he remained until his death. He was a retired General Superintendent and Master Bridgeman with John F. Beasley Construction of Dallas, Texas. For over 35 years he oversaw the construction of bridges on the Mississippi, Missouri, and Ohio Rivers. He was a retired member of Ironworkers Local 623. John L. accepted the saving grace of Jesus Christ as a small boy, and never stop growing in his faith. An avid reader and studying his Bible, he always marveled at finding something new in the scriptures. He attended Northside Baptist in Denham Springs. He was a 61 year member of the Masonic Order. A member of Amite City Lodge 175 and Past Master of Central Lodge 442, past District Grand Lecturer of the 13 th and 19 th districts of the Grand Lodge of Louisiana and held a proficiently in work for 22 years. Member of the Istrouma and York Bodies, Baton Rouge Scottish Rite, and the Acacia Shrine. He was a member and Past Patron of Mystic Star Chapter 108, Order of the Eastern. He is survived by his only child, (and Roommate) Gayle Sullivan. Preceded in death by his wife of 60 years Dammanica “Mac” Sullivan. His parents, William and Margaret Reid Sullivan. Brothers, McKinley, Warren, and Ray Sullivan. Sisters, Ruella Hagan, Mary Carter, and Florence Edwards. Visitation will be held at Seale Funeral Home, in Denham Springs, on Wednesday, March 23, 2022 from 5 – 8 PM, with Masonic and Eastern Star services at 7:00 PM. Visitation will resume at 8:00 AM on Thursday followed by services at 10:00 AM led by Pastor Jeff Stanfill. Pallbearers are Luke Pamplin, Robbie Kimble, Houston Pamplin, Jackson Stevens, Jeremy Oliver, and Nicolas Cowart. Thank you to the staff and nurses of Bridgeway Hospice, and caregiver Adele. Also, Hank Bordelon, Mandie Warden, Debbi Kelly, and Jenia Rainey for assisting in the care and support of John L. in his final days. Condolences may be offered at