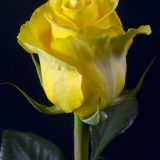 Visitation will be from 11-1 PM, and the funeral service will be held at 1 PM at Woodlawn Baptist Church in Baton Rouge with burial to follow.

She was preceded in death by her father, Troy Thompson Jr., of Thibodaux.

Merle Thompson Reece was born on July 23rd, 1955, to Troy Thompson Jr., and Alice Jones Thompson of Thibodaux. She was a faith-minded woman of God and life-long entrepreneur and leader, who willed a visionary intertwining of businesses, family, and faith.

Reece attended E.D. White Catholic High School where she created her life-long friendships and shared her faith throughout the years. Her classmates and childhood friends described her as the life of the party, a fearless social butterfly, and an authentic emotional connector. Upon graduation in 1973 (the Class is upon its 50th Anniversary), she attended Louisiana State University where she was a member of Campus Crusade for Christ (CCC). During the Christmas break of 1975, at a CCC conference in New Orleans, she was led to Christ by State Senator Mary Landrieu and discipled in her early faith by CCC staff Carolyn Brune. From that time on, her life was dedicated to fervent leadership in her faith in Christ. She started leading Bible studies in college, and never stopped until her passing.

In 1977, Merle was an overseas missionary through CCC to the Philippines where she served and led many to Christ during her tenure. Reece graduated from LSU with a Bachelor’s of Science in Special Education in 1978. On July 22nd, she was married to David Wayne Reece in Baton Rouge.

As a young mother, she was an early member of the CHEF Baton Rouge homeschool association, and founded many co-ops and support groups for young homeschooling families, including the Awesome Angels sports league. She co-founded the Baton Rouge Homeschool Babysitting Co-op, and many early Baton Rouge educational co-ops that supported homeschooled families in diversifying educational experiences, and created social opportunities across families including the 2000 Student of the Word (SOW) Parent Conference in Tylertown, MS.

After the birth of her first born in 1981, she launched a daycare and pre-K program in Dallas, TX, cementing her foundation as a small business entrepreneur. She integrated her children in the daycare, and continued on to homeschool all 5 children from K-12. The ’90s brought Merle into her prime years as a faith-based education innovator, and in 1994 she and her husband launched her seminal Bible-based curriculum and discipleship consulting service, SOW. In 1997, she also founded Family Life in Christ Ministry. Through FLCM exposure at conferences, workshops, co-ops, and savvy online marketing, the SOW Curriculum was sold in many countries and supported thousands of individuals in their faith-based homeschool educational needs. To support the SOW community she was the co-author and publisher of Sowers Of the Seed, a discipleship-based learning and development newsletter. In September 2002 with her husband David, she launched the Home of Worship church in Covington, LA, in support of the burgeoning North Shore Christian community. In any given year throughout the decades of community building, she was seen founding and leading faith-based Family Outreaches, Men’s and Women’s Retreats, Family Camps, Family Harvest Fairs, Christmas Caroling, Pray-Ins, Couple’s Valentine Retreats, Passover Celebrations, Discipleship Groups, and Worship Teams amongst a host of  groups in the Greater Baton Rouge area.

She carried herself with a marked enthusiasm for people that embodied the child-like energy of her born-again spirit and the W.H. Davies poem “Good