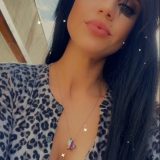 Christinia Mae Allyn Estave, better known to her family as “Sissy”, became an angel on Friday, July 15th, 2022 due to a tragic and unfortunate accident at the young age of 33.  Christinia came into this world November 27th, 1988 in Centerville, MS.  She lived majority of her life here in Denham Springs.

There are not enough words to describe how beautiful Sissy was, both inside and out.  If you ask any of her family and (seemingly thousands) of friends, they will all agree that she was one of the most hardworking people you could ever meet.  Christinia was the mother of four wonderfully perfect children and there is nothing in this world that would stop her from loving them and providing them with whatever they needed.  She took on the job as a single mother gracefully and without fear.

Not only was she a strong and fearless mother, she was a daughter, sister, aunt, loving fiancé, and a friend to all.  She was a best friend to her two brothers and a constant source of jokes, laughs, and horseplaying.  She was a shining light to her mother and father.  She was in love with her fiancé, Shane, who the family is forever thankful for bringing our Sissy joy and love up until her very last day.

She is preceded in death by her grandparents, Peggy Doughtery, Paul Clinton Downs Jr., Tom Cavin and Delores Munson.

The family would like to extend a special thanks to her current employer, Home Depot, the wonderful staff in the OLOL ICU, and Seale Funeral Home.

A celebration of her life will be held Thursday, July 21st with a viewing from 5pm-7pm with a service to follow at Seale Funeral Home located at 1720 S. Range Ave in Denham Springs, LA.

Although Sissy is physically gone, we will love her and carry her in our hearts forever. It’s not goodbye, it’s “see you later.”