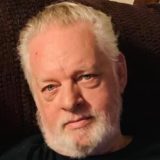 Jerry Lee Adkins peacefully passed Sunday, August 7, 2022 in his home in Walker. Jerry was born June 24, 1945 in Ashland, KY to James and Mary Adkins. He attended Paul G. Blazer High School where he met and soon married the love of his life Joyce Russell.

Jerry worked as a millwright/foreman in many plants in several states until he settled in Louisiana.

He will be joining his wife, Joyce; mother and father; three brothers, Ronnie, Carl and his wife Laverne, Harold and his wife Gail. One sister, Diean and her husband Kenny among other family members.