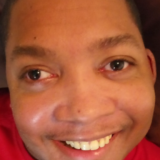 Jimmy was very smart and intelligent and in 2022 he graduated from Arlington Prepatory Academy in Baton Rouge. His mother always admired his strength and determination. In the midst of it all, he loved GOD. James was baptized on December 28, 2003 at St. Mark Baptist Church in Walker, La by Pastor E.L. Thomas. He graciously walked with GOD for almost 19 years before he went to be with HIM.

His resilience and smile was an inspiration to all that came into his presence and his family and friends share stories of times when James was able to command the room without saying a word. James will be greatly missed by his mother, Robyn Johnson of Baton Rouge; his father, James E. Chinn, Sr. of Baton Rouge; and 2 brothers. He was preceded in death by his brother, Keifer J. Johnson, Sr.; his maternal grandfather and grandmother, Mr. and Mrs. Robert C. and Artina S. Johnson; and his paternal grandfather, Willie Lakes. He is further survived by his nephews, aunts, uncles and a host of cousins.

A private memorial service will be held at a later date.