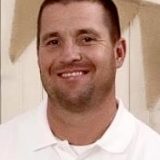 Bradley Joseph Duplessis of Baton Rouge, born December 7, 1976, passed away peacefully at the age of 45, on Saturday, October 15, 2022. Brad was an amazing father that loved his three daughters more than life itself. He enjoyed cooking and watching football with family and friends. He worked at the Baton Rouge Fire Department and retired as Fire Captain after 26 years of service; he also worked at Roco Rescue for 25 years.

Visitation will be held at Live Oak Methodist Church Thursday, October 20th, 2022 from 9-10:30 with the memorial service to follow.