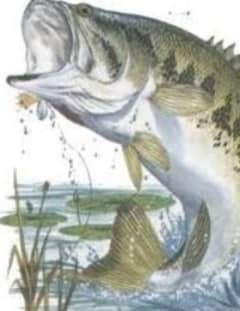 On the evening of October 7, 2019, Albert “Big Al” Ray Craven, of Baton Rouge, LA went to be with the Lord. He was surrounded by his loving wife and family. He was born October 2, 1939 and was 80 years old at the time of his passing. Big Al was a very loving and kind man that was well known for his ability to make friends wherever he went. He was an avid hunter and fisherman until he lost his ability to see well some years ago, but still enjoyed fishing until his health deteriorated. When he was younger, he was a member of the Baker Bass Club and won numerous tournaments all over the state and enjoyed being able to fish and bring his family with him on the adventures. Big Al was in real estate for many years and sold close to 1,000 homes in the Baton Rouge area in his career as a salesman and home builder. Most people remember him as the manager of “The Rack” on Greenwell Springs Road in Baton Rouge. He was famous for his steaks he grilled, his homemade biscuits, chicken and dumplings and for boiling crawfish for his customers. He had a beautiful voice and would also sing Karaoke. He was preceded in death by his parents, Robert M. Craven and Martha J. (Graves) Craven of Baton Rouge, LA. Also, his sons, Carl Ray Craven, Wallace Alfred Craven, Roy Dale Craven, and John Charles Craven. He is survived by his wife, Gloria Aguilar Craven; his brother, Bobby Lynn Craven; his daughter, Mary Craven Hays, his sons; Robert M. Craven and Albert Craven; 7 grandchildren: Jennifer Walters, Jeff Walters, Robert Craven, Kim Schliegelmeyer, Kaity Craven, Amanda Green and Maggi Craven. 7 great-grandchildren: Cody, Kaiden, Kollin, Kaleb, Johnathan, May, and Kaiden L.; 1 great great-granddaughter, Kari. He is also survived by numerous nieces, nephews, and cousins that he was very close to and will miss him dearly. Visitation will be held at Seale Funeral Home, Denham Springs, on Monday, Oct. 14, from 6 p.m. until the celebration of his life at 7 p.m. 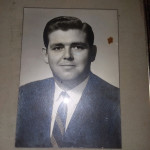 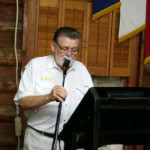 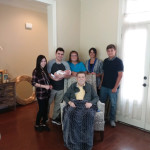 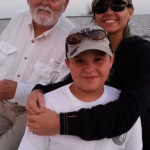 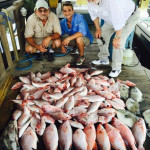 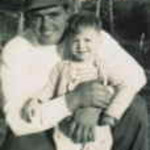 Albert Ray Craven will be greatly missed for his love of his family and was always willing to help in any way that he could. He had lots of friends that he had known and kept over the years. I posted a picture of Albert Ray & Carl Ray his son that I took of them when I was a teenager. He was a very good person and he deserves the rewards of Heaven !!
- Grace Kennedy