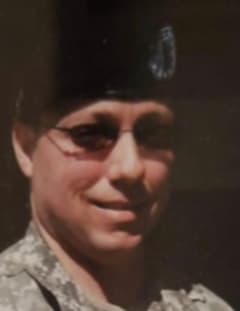 Andre enjoyed spending time with his family, serving his country, and gaming with his friends. He was loved by all who knew him. A memorial service will be held Saturday, August 1, 2020 1:00pm at Victory Harvest Church 3953 N Flannery Rd Baton Rouge, LA in order to celebrate his life. If you cannot attend, the link below will be active one hour prior to Andre’s memorial service and will be available live during the entirety of the service.
www.victoryharvest.com/andre
CW3 ANDRE CHENEVERT
Chief Warrant Officer Andre L. Chenevert started his military career in the United States Marine Corps (USMC) on November 1, 1988. He served on active duty until November 1, 1992 and transitioned to the USMC reserves on November 2, 1992 served until November 1, 1996.
He later enlisted into the Army Reserves on August 16, 1999, was promoted to Sergeant and served as a Traffic Management Coordinator. Thru his hard-work and competence he was appointed as a Warrant Officer on July 14, 2006 and served in the Army Reserves until November 1, 2008.
He then enlisted in the Louisiana National Guard on April 22, 2009 and was accepted on the Active Guard Reserves (AGR) program on November 9, 2009 as the Mobility Warrant Officer for Headquarters 256th Infantry Brigade Combat Team, whereas, he managed movement operations during Operation Iraqi Freedom-New Dawn. He later served as the Defense Movement Coordinator for Joint Force Headquarters and then returned to the 256th Infantry Brigade Combat Team in preparation an upcoming the mobilization to Iraq.
CW3 Chenevert’s decorations include 2- Meritorious Commendation Medals 2 Army Commendation Medals, 3 Army Good Conduct Medals,1 Marine Corp Good conduct medal, 3 Army Reserve Component Achievement medal, 2 National Defense Service Medals,1 Armed Force Service Medal, 1 Navy Sea Service Deployment Ribbon, 1 Army Service Ribbon, 1 Overseas Service Ribbon, 1 Southwest Asia Service Medal, 1 Armed Forces Reserve Medal with M device, 1 Global War on Terrorism Expeditionary Medal, 1 Global War on Terrorism Service Medal and 1 Iraqi Campaign Medal Humanitarian Medal.

In lieu of flowers, please make a donation to the family. Donations will be given to a charitable cause to be determined as per Andre’s wishes. Seale Funeral Home in charge of arrangements.

God speed to a good man, Andre always had a good word and encouraging thought for all who needed it. Great friend to all. We will miss you.
- Rob Billings
There is an empty chair at the table this day, a hallowed place where a friend once played. The roll of the dice that ears long to hear, or perhaps it would suffice if he should suddenly appear. With sheet in hand and a bag of chips to share, all his friends would stand as he sat there. His voice booming loud tying hearts into knots, "Though a comrade has fallen; you must play for those who cannot!" Conquering worlds on the run, all in the name of fun. As others come and go, we met both friend and foe. But what we long for most, is our past ...now a ghost. Chief, you will be missed!
- C.Griffiths
Andre is a goofball! He was able to have fun with the silly things, like Monty Python. He controlled himself better then most, not letting anger or the current situation get the better of him. However, if there's one take away about Andre, it's how much heart he has. He was always quick to help someone. If you just told him your problem in casual conversation, he was ready to help try to fix the issue. He even did it in D&D when we would play...... "There Andre goes saving an orphanage from shadow monsters" . It's like it's part of him he can't turn off.... I think looking for his heart will be the easiest way to find him on the other side. For now, we are all better off for having known him.
- Michael Wood