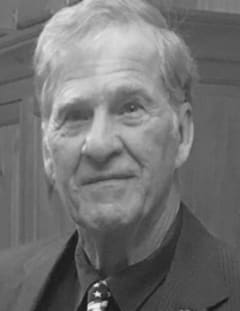 Donald Ray Dedon passed away at his home in Walker, Louisiana on Thursday, February 7, 2019 at the age of 72. He was a long-time member of Judson Baptist Church and the DanHo Sunday school class. He proudly served in the United States Navy aboard the U.S.S. Harry E. Hubbard DD748, U.S.S. Samuel Gompers AD37, and on the river boats of the Mobile Riverine Force in Vietnam. He was an active member of the American Legion Nicholson Post #38. He retired as Captain from the Baton Rouge City Police after 26 years of service in the Uniform Patrol and the K-9 divisions. In the early 1970’s he worked to help establish Fire Protection District 4 (FPD4) of Livingston Parish. In 1985 he was appointed FPD4 District Chief and held that position for 10 years. All the time he devoted to the fire department was on a volunteer basis while actively employed by the police department. He served two long terms on the FPD4 board of commissioners. While serving as Chief, he was appointed to the Livingston Parish E-911 board of commissioners and worked diligently to establish the Livingston Parish 911 call center. He was serving as vice chairman of the board at the time of his death. Donald is survived by his loving wife of 51 years, Donna Graham Dedon; children, Tara Nixon (Richard), Laura Evans (Scott), Kevin Dedon, and Jessica Dedon and special friend, Kaitlyn; grandchildren, Brianna Young, Robert Evans, Richard Nixon III, Julia Nixon, and Matthew Evans; mother, June McLin Dedon; brothers, Douglas, Charles, Roger and Jerry (Joy); brother-in-law, Ted Graham (Ann); and numerous nieces and nephews. He was preceded in death by his father, Jacob Clarence Dedon, Jr. and his sister, Cheryl Sue Dier. A man’s life is defined to a great extent by his values and passions. Donald was a Christian, a loving husband, an amazing dad, Donna’s best and dearest friend, a good provider, a family man, and a lifelong public servant. He cared about people and was loved by many. Visitation will be held at Seale Funeral Home, Denham Springs, on Wednesday, Feb. 13, from 5 p.m. to 9 p.m. Visitation will resume at Judson Baptist Church, Walker, on Thursday, Feb. 14, from 10 a.m. until service at 2 p.m., officiated by Rev. Roger Dunlap, Rev. Merlin McCon, and Rev. David Lane. Please share your condolences at www.sealefuneral.com.

Mr. Donald will be missed by everyone in the Friendship Community. I will miss the the calls and the stories about the vehicles that park at Faith Crossing UMC across the road from his house. I think he loved our church as much as we do. He cared for everyone and everything in the Community. That's the man I will remember. Ms Donna, you and your family is in our thought and prayers. May God be with you.
- Ray Rutland
Donna, my thoughts and prayers are with you and your family. With sympathy and love. Mary Lieux
- Mary Lieux
Donald Ray was my brother in Law for several years and he was awesome. Such a great guy I will miss him. God bless his family and may peace surround you. Love Ellen
- Ellen Hoaas
Uncle Donald Ray always had a genuine smile on his face...a smile that could give you peace and calmness. I will always be grateful for his and Donna,s kindness when my mom was I'll. They always took their time just to be there and let us know they care.
- Denise stockwell
Please know my thoughts and prayers are with all of you.
- Donna Lafayette
Aunt Donna and family - both Sherri and I are praying for you. We will miss him greatly and the memories I have of Uncle Donald will be cherished. One fond memory I have - when I was 5 or 6 yrs old, I "helped" Uncle Donald and pawpaw build your house... What a man, a life of service not only to his family, but to our great country and to the community - I am very proud to have called him Uncle. And please remember, when we stand before the Lord and ask Him why, whatever answer He gives us will satisfy us for all eternity. Please do not hesitate to call on Sherri and I if you need anything. Love, Terry and Sherri.
- Terry Dedon
My deepest condolences to the Dedon family. In the little time I spent with him, I know that Mr. Dedon was truly an incredible person, and that this loss is felt deeply. Let the memories of him provide you with the comfort you need during this challenging time. My thoughts and prayers are with you always. - J. McCarty
- Jackie McCarty
Covering all of you in prayer, Donna. Fond memories of you and Donald.
- Kathleen Miller
Mr. Don was a great friend to my father for the many years they served at the BRPD. He was such a kind man always. I will fondly remember him and your family is in my thoughts and prayers.
- Konda
May the "God of all comfort" sustain you as you mourn the loss of your loved one, Donald. My sincere condolence to the Dedon family.. (Psalm 119:76)
- Elizabeth