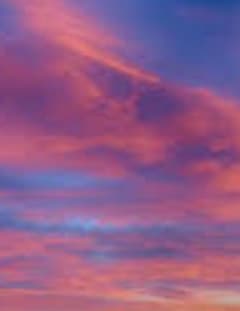 Hari Shanker (HS) Mathur, known lovingly to many as Mathur Uncle, passed away peacefully at his home on June 23, 2020 at the age of 95. Born in Uttar Pradesh, India on April 8, 1925 to Sukhdev Behari Lal and Shanti Devi Mathur, he lived a very long and fulfilling life spending his childhood and adult years in India, and moved to Baton Rouge to live with his son and family 21 years ago.

He shared a loving marriage with Priyam Vada Mathur for over 50 years, and had two children, one son, Ajay, and one daughter, Shalini.

He held a Bachelor’s Degree in Hindi and Sanskrit and a Master’s Degree in English. In his career, he was selected in the Indian Administrative Services (IAS), considered the premier civil service of India, where among other positions, held the coveted posts of District Magistrate (DM) (equivalent to Mayor) and Managing Director of Industries in the state of Uttar Pradesh in India.

Outside of his career, he was a devoted religious man, and after retirement served as the Manager of Rang Ji Temple in Vrindavan, India. He also was active at the Hindu Vedic Center here in Baton Rouge.

He was a renaissance man who loved singing and music, writing and publishing poetry, doing yoga and meditation, telling jokes to any and everyone who would listen, and an avid reader of novels and news alike. He also helped translate texts of published books on religion and Indian culture.

We all feel blessed to have had his charming personality in our lives.

Dear Mathur Uncle (I usually address him as Pappa). My relationship with Mathur family and uncle dates back since July 1994. It has been a beautiful association in which Mathur Uncle has shared the most amazing bond and have created some of the loveliest memories with all of us. A retired judge and long time public service in India, moved here in early 1990. Very soft spoken man, voracious reader, writer, poet, and make every occasion exciting. Uncle never leaves a page unread in Advocate and India Abroad news paper including the advertisement section. Although he outlived his wife, son, and daughter but his love for family and friends is unparalleled. He always inquire about me and my children wellbeing. He remembers their full names!! He had a way of making people smile. In every special occasions and family gatherings, Mathur uncle will enchant people reciting his hand written poems and old jokes. He loves singing and inevitably request me to play "Tabla" (drums) with him. He is a prominent father figure in our temple. Attended numerous gatherings and hoisted flags on Aug 15, Independence Day. No matter what happens to Mathur uncle his timeless sweet memories can never be replaced. He will remain alive in my heart and soul always. Life brings tears, smiles, and memories. The tears dry, the smiles fade, but the treasured memories last forever. With lot of love and kind regards to uncle and Mathur family. Mahesh, Lisa, Rahul, and Asha Rao
- Mahesh Rao
We have a lot of fond memories of Uncle Mathur. We always looked forward to seeing him at the Mandir. He was a great writer and had a new poem for every occasion and festival. He never disappointed the audience when asked to recite a poem for the occasion, which was always uplifting. He was a superb speaker and master of Hindi and English. Every time I saw him, he had praise words for me. I am sure he praised everyone which is a great quality. He would call us at home with good wishes at every festival and make sure we were going to the Mandir for celebration. He always praised all members of his family also. His words were always uplifting. He projected an image positivity. It is sad to not have him among us. We will miss him greatly. May god bless his soul. May god give strength to the family at this hour of need. With sincere regards Arvind and Veena Kumar
- Arvind Kumar