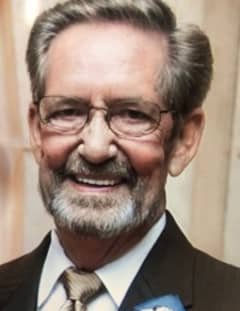 Jim was born on February 1, 1944 in Baton Rouge. He loved the outdoors, especially fishing and keeping the deer fed that wandered into his yard. Jim was a Veteran of the United States Army and proudly served his country in the Vietnam War.

A memorial service will be held in his memory February 1, 2020. Details to be determined.

I am SO going to miss this man! We've been such close friends since my hubby met Jim through work. I can remember the day Bud took me to meet him!! We did so much together and enjoyed every minute with him. He was like a brother to me & we spent many happy & special times with him through the years. You will be missed, Jim & I love you.
- Jane Bowley
So sorry to hear of Jim's passing. Prayers and condolences to the family. Jim and I became friends in the early 90's. Jim's company (Flowmole) did directional boring for the phone company in Florida and many of his jobs were in my area. We had a good working relationship which turned into a true friendship. Jim and I spent many days Bass fishing, camping and cooking together.Due to Jims failing health and our busy life we were not able to get together for the last fews years. Jim we will miss you dearly.
- Bud Bowley