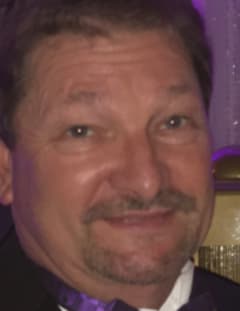 John Andrews Huszar, Jr.
The battle is over and the victory has been won! A resident of Albany, LA he died on Saturday, October 10, 2020 at his home after a lengthy battle with ALS. He is survived by his wife, Brenda Roberts, five sons and two daughters-in-law, Jonathan Huszar, Trevor and Rachael Hood, Travis and Sara Hood, Tyler Hood, and Tanner Hood, four sisters and three brothers-in-law, Eileen and Steve Hanson, Victoria and Jim Crawford, Lisa and Archie Bryant, and Alexis Smith and one brother, Gladar Huszar. He was preceded in death by his parents, John Andrew Huszar, Sr. and Lillian Kennedy Bonfanti, grandparents, Edward Kennedy, Ruth Hebert Acy, Rose and Gladar Huszar, and by an infant grandson, Andrew Hood. Memorial services will be held at a later date. Please sign the online guestbook at www.sealefuneral.com

Sorry for your loss, John will be missed by many. Craig and Julie Loper
- Craig Loper
I am so sorry for your loss sending prayers.
- Melissa Dubroc
Brenda, I am so sorry to hear of Johns passing. I was seriously just thinking of you guys this weekend. John was always so kind and welcoming and I always enjoyed listening to you guys sing and what made it special was how much you both enjoyed it. If there is anything I can do for you please let me know. Will be saying prayers for your family Love Beth
- Beth Hoyt
Vicki, Jerry and I are so sorry for your loss. You are a wonderful person and I'm sure your brother was also. We know Jimmy and the boys will be there for you. Jerry, Gloria and I will pray for your family
- Golda King
So sorry to hear about John passing. Sending my condolences to Brenda and the family. Thank you for everything John and now take your rest. You will be missed!
- Kwan Johnes
Hootie will always remembered as a great trumpet player, a great Hungarian Harvest Dancer, his construction skills, and being my cousin. Good memories always. Love ya'll, Carl and Dorothy Nehlig
- Dorothy Good
So sorry to hear about cousin John's passing. Praying for you and your family. If there is anything I can assist with. Please let me know. God Bless and Take Care! Mary and Leon V Latino Jr.
- Mary Latino