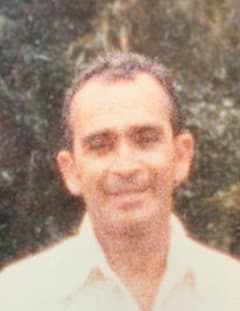 Milford Lee passed away peacefully on July 27, 2020 at the age of 89. He was born in Loranger, Louisiana on November 25, 1930 to Frederick and Nancy Lee. He blessed us on earth for 89 years, 8 months and 2 days. He graduated from Loranger High and then moved to Baton Rouge where he graduated from LSU and worked at Dow Chemical as a research chemist. Before retiring from Dow Chemical, he had several patents including "saran" wrap. He was instrumental in developing microwave systems and "agent orange". He often quoted Romans 14:19 and urged us to be vigilant and care for those around us, and not become a stumbling block for anyone. He joins his mother Nancy Lee, his father Frederick Lee, and his sister Goldie in heaven, leaving his former wife of 32 years Wanda Slaven Lee, brother Sheldon and his sister Faye, his 5 children; Charlotte, Charmaine, Kimuel, Karla, and Lori to honor his legacy. He was proud to be survived by 22 grandchildren, Tiffany, Samantha, Cory, Amy, Jonathan, Melissa, Mary, Angela, Alicia, Brice, Taylor, Austin, Calen, Alex, Jessica, Michael, Rebekah, Kevin, Peter, Timothy, Katie, and Benjamin; together with 11 great grandchildren: Josiah, Anna, Bryce, Gabriel, Gavin, Dillon, Kaylee, Savanna, Beau, Logan and Mason. All are invited to show their respect by attending his final visitation Monday August 3, at 10:00 a.m. at First Baptist Church Baton Rouge, 529 Convention St., followed by the service at 12:00. There will be a burial memorial at 1:00 pm Roselawn Memorial Park 4045 North Street Baton Rouge.

Honor the life of Milford Lee

Please share a condolence, photo or memory of Milford. We welcome all condolences that are positive and uplifting that will help family and friends heal.