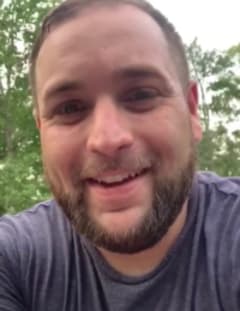 “Only a moment you stayed, but what an imprint your footprints have left in our hearts.”
Nicholas “Nick” Jacobson died suddenly on June 22 at home. Although he was only 28 when he passed, Nick left his footprints in the hearts of many of his family and friends throughout his lifetime.
Born on September 20, 1991 in Kapiolani Hospital in Honolulu, Hawaii, Nick lived his life in Hawaii, Florida, and Louisiana. Nick geared his life towards his family and friends. Nick had passions for four wheeling, grilling out, cooking elaborate meals and spending quality time with his friends. Nick would give everything up in an instant if he had a friend or family member in need. He would drop everything, day or night, say his famous line,” I’ll be there right after I take my shower…”, and he would always show up. He did whatever was necessary to help, he would listen with his head and heart and always advise with the truth, even when that was difficult.
Nick worked hard but he smiled and laughed even harder. In spite of traveling often for work, he always found his way home because that was where his heart truly was.
Nick was survived by his mother, Debby Perry, his Father in Life, Clayton Perry, his Father by Birth, William Jacobson, his sisters Jessica Kalia Williams/Hauck and Melia Juel Williams/Toth, his nephews Dominic Dorr and Alexander Toth, as well as Aunts, Uncles, and Cousins across the US. He has also left behind many friends who saw him as a member of their own families. Friends who knew Nick say that he was the sweetest, most thoughtful person they knew.
Aloha Nick-You will be cherished and missed as a son, brother, uncle, and friend. Although you have a new home in heaven, there will always be a place in all of our hearts reserved just for you.

Debby, Clay and family, what a beautiful send-off to Nick. I didn't know him well, but he was always so well mannered and he knew ,I'm sure, he was so loved by his family and friends. He will be missed and is in a better place. God has called him home, he needed another angel.
- Sue Hickman