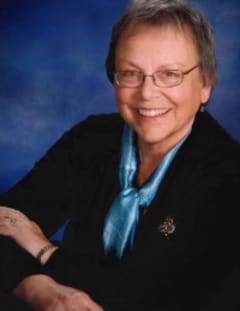 Phoebe Elizabeth Cooper Weaver, 74, of Baton Rouge, Louisiana passed from this life to be with her Lord Jesus on November 18th, 2019, having lived a long, fruitful, and meaningful life. Phoebe was born on October 26, 1945 to John and Nora Daigle Cooper of Houma, Louisiana. Phoebe was a life-long learner who was known for her strong work ethic that was consistently modeled for her family and colleagues throughout her life as a mother and deaf educator. She loved Jesus, studying the Bible, and serving young people through avenues such as her church youth group and Camp Smiling Acres. She was preceded in death by her father, John Cooper, and mother, Nora Daigle Cooper. She is survived by her sisters, Catherine Cooper LeBlanc and Willie Cooper Faulk, her brothers, John Cooper and Charles Cooper, her son, John Benjamin Weaver, her daughter Chemaine Weaver Butner, her son-in-law, Roger Duane Butner, and her grandchildren Dallas Ann Weaver, Reece Stone Weaver, and Shepard Michael Butner, along with a large extended loving family. The family would like to especially recognize and thank St. James Place and Clarity Hospice/The Crossing. The care, attention, and respect their staff provided has impressed the family immeasurably. They faithfully ensured Phoebe's final months and days were lived to the fullest and we thank them for providing her with a peaceful and dignified transition to meet her Heavenly Father.

Please share a condolence, photo or memory of Phoebe. We welcome all condolences that are positive and uplifting that will help family and friends heal.