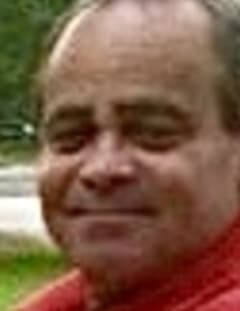 Randall Floyd Louis Knapp, Sr., 60, passed away Wednesday, May 20, 2020 at his home in Denham Springs, LA with his loving wife by his side. Randall worked for 28 years with the MMR Group. He loved to work and many considered him a workaholic, but he always found time to spend with his wife, son and friends riding his motorcycle. Randy was a devoted husband, father, grandfather, brother and friend and he will be missed dearly by all who knew him. He is survived by his wife, Stacy “Stitch” Knapp; son and daughter-in-law, Randall “Rabbit” and Shawntel Knapp; daughter and son-in-law, Stephanie and Scott Whillock; grandchildren, Ryan and Bryce Knapp, and Deuce Whillock; parents, Huey and LaFerne Knapp; siblings and their spouses, Fonda and Terry Davis, Richard and Kathleen Knapp, Rhonda and Larry Peel, Mike and Kim Knapp, and Bradley and Rebecca Knapp; as well as numerous nieces, nephews and other relatives. He was preceded in death by his son, Clifton Joseph Knapp; and nephew, Travis “Rooster” Cavalier. The family will hold a private celebration of his life at a later date. Please share your condolences at www.sealefuneral.com

My condolences To you and the rest of your family Cuz.
- Lydia Brown
I am so sorry for your loss. I will always remember Rand as a kind, quiet and humble man that always wore a smile. I am sure Clifton meet him at the gates and they are rejoicing and riding the Streets of Gold. God Bless you Stacy for taking such good care of Randy and being with him until the end. Lifting your family up in my prayers.
- Donna Freeman
Wow, my wife & I just talked about you all last week. I'm so sorry to hear of Randy's passing. We are praying for you & the family. Put your trust in God & he will strengthen you. Love, Raymond & Jessica Geason.
- Raymond Geason
Oh Stacy, I am so sorry for your loss. My heart truly breaks for you. Hold tight to all the Wonderful memories you've shared over the years. I will be praying for peace in your heart & soul.
- Sybil Humphries
Sorry for your lost Stacey. I enjoyed working with Randy at BASF and considered him a friend. He had a friendly nature and a quick laugh. He will be missed.
- Johnny Settoon
Dear Stacy, we're heartbroken for your loss. We love you, sister. If there's anything we can do for you, please let us know. Sending much love. Sunshine and Donkaay.
- Robinson
My deepest condolences to you Stacey and all your family! I'm praying for you and your family too. Faith over Fear! God don't give you more than you can handle so you're obviously a real child of God. Love, Patches
- Cheryl Stelly