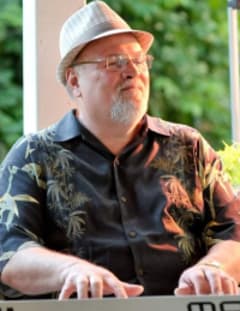 Stephen Lawrence Houk, born February 9, 1955 died peacefully with his family by his side on September 4, 2020 at OLOL Regional Medical Center in Baton Rouge as a result of a vehicle accident. He was a native of Covington and long-time resident of Baton Rouge. Stephen will be remembered for his incredible talent as a piano player. He played with numerous talents including Louise Mandrell, The Judds, Van Broussard, Floyd Brown, and the Greg White Band, as well as many others. He was very well known among musicians and the musical community, both on a local and national level. For many years, Stephen also provided music for Sunday services at numerous local churches. Stephen operated his own successful piano tuning business and worked at both the LSU School of Music and for over 40 years at O’Neills Music House as a piano technician. Music was his life. Stephen was a hardworking, selfless person and brought joy to so many people with his music. Stephen was a loving father, brother, and friend. He was preceded in death by his mother, Lurlean M. Houk and father, Preston T. Houk, Sr. of Covington, and his beloved dog, Lily. He is survived by his two daughters, Christina Cummings and husband, Daniel of Chattanooga, TN, Lauren Houk and partner, Gabriel Cook of Addis. He also leaves behind his four siblings, Preston T. Houk, Jr. Charles Houk and Paul Houk of Covington, and his sister, Laurie H. Aydell of Baton Rouge. Stephen was grandfather to seven loving grandchildren: Elizabeth, Matthew, Angelina, Zachary, Ty’Asia, Taelyn, and Gage, plus numerous nephews, a niece, cousins, and friends. Many thanks to the nurses and doctors at OLOL Trauma Team for their care and support. You may leave any memories of Steve online at www.sealefuneral.com. Stephen will be missed by many and neve forgotten. A celebration of life will be held at a later date. 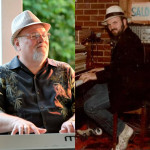 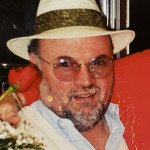 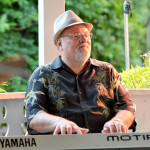 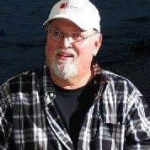 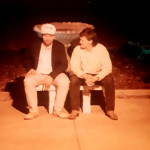 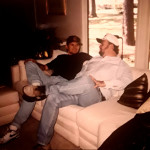 From the Will Roark family, our condolences and prayers for all Steve's family during this time of grief. Steve was a great friend to me as was a bandmate and roommate. We had some great times and lots of laughs riding down the road in that old Ford econoline van he drove. I had the pleasure of being around him after the Gregg Wright and Louise Mandrell years in Louisiana and then again in the early nineties in Arkansas. We had so much fun and he was a great talent. I remember at Covington high school we'd heard that Gregg Wright was playing in Hammond and we went to the club to try and sneak in underage see Steve play. It didn't work but we could hear them from outside. Steve often talked about playing with those guy's. My family and I along with all the friends he made here in Arkansas will always remember Steve with fond memories. Even though Steve was 6 years older than me, once I met him we became fast friends and just like brothers , he just had that warm, charming personality and was fun to be around but he didn't mind at all to tell it like it was.. he'd set you straight rather quickly if he felt it necessary. I will miss him a great deal and he'll be sadly missed by so many others. Rest in peace my friend -Will Roark
- Will Roark
My sincere and heartfelt condolences to Steve's family. We go back some 42 years. He was my room mate, band mate, songwriting partner and really like a brother. He had a kindness and heart big as Texas. We travelled to L.A. together back in 1980, full of big hopes and dreams. Los Angeles proved a bit to crazy for him, and after a while, he returned home. He continued his incredible piano playing, finding Nashville a bit more suitable. Amazing talent, Brother in Arms, a Road Warrior and one heck of a funny guy, whom I love dearly and miss greatly. Rest In Peace, my friend!
- Gregg Wright