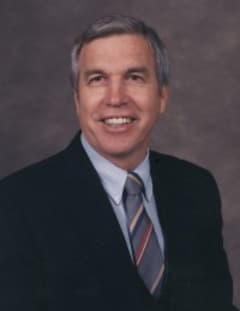 On Friday, February 14, 2020, after 87 years, T.W. Terral went home to meet his heavenly Father. He was born in 1932 to a family of loggers in Jena, LA and he lived a long and fruitful life. He never forgot his humble roots and he never lost his bond with the working man. He was known as “Dad” to his children, “Pop” to his grandchildren and great grandchildren, “Uncle T” to many nieces and nephews, and “Brother Terral” to the community. T.W. was called to vocational ministry at a young age and dedicated the remainder of his life to preaching the gospel and sharing the love of Jesus to everyone he came in contact with. T.W. Terral exemplified God’s love through his humble servanthood, his steadfast faithfulness, and his relentless dedication to sharing the gospel with everyone he met. His ministry spanned numerous churches and his service to the Lord brought him to multiple continents. T.W. began his ministry pastoring several small churches in central and north Louisiana before moving to Baton Rouge and leading Lanier Baptist Church for 27 years. He was then Director of Missions for the Baptist Association of Greater Baton Rouge for 15 years. After he “retired,” he continued to pastor multiple local churches in an interim capacity. T.W.’s evangelism was not limited only to his church family, but also included prison ministries, international missions, the radio and television commission, Louisiana College, and many acts of daily of servanthood that were performed without fanfare. His life was a living example of God’s love and he modeled grace, compassion, a hunger and thirst for righteousness, and true authenticity. His heart was with the needy and downtrodden, and his kindness showed no bounds. Although his words from the pulpit were impactful and transforming, the way he lived his life was his greatest witness. T.W. is survived by his wife of 66 years, Iris O’Quin Terral; his brother Joe Bob and his sister Fredie Seab; his children Tommy Terral (Felicia), Debe Terral Burnham (Jeff); his grandchildren Allison Terral Horton (Keith), Amy Terral Williams (Brad), Jeremy Burnham (Amie), Jordan Burnham (Jenna); 15 great grandchildren and numerous nieces and nephews. He was preceded in death by his parents J.B. “Buddy” and Ethel Terral; and four brothers, Virgil, Frank, Marion, and Odest. There will be a public visitation on Monday, February 17th at Jefferson Baptist Church in Baton Rouge, LA, followed by a private burial service on Tuesday. There will be a memorial celebration service of his life on Saturday, February 29, from 4-6 pm at Jefferson Baptist Church, followed by a dinner and reception. Please sign the online guestbook at www.sealefuneral.com

So sorry for your loss Tommy. He will be greatly missed!
- Jimmy Miley
When he was our interim pastor at first Baptist of Denham Springs, there were probably 200 of us who could have gotten in a fight over which of us God sent him to help especially. He taught me how to be a deacon. When I got sick, he helped me understand why and how to understand it. If there is a better man of God who ever lived on this earth, I'll look forward to meeting him, but I doubt there is
- Mike Betts
I had the privilege of serving as a fellow DOM during TW's time with the Convention. His commitment to his LORD - JESUS and Kingdom Work was without question. TW was a blessing to me personally and this special group of men and women (The LBC Missions Division and DOM). I thank our LORD for the opportunity to call TW my friend. I'm sorry my schedule will not allow me to be at his service. Praying for the family and friends. Bert Langley
- Bert Langley
I remember him as a small child with him preaching at Sandy Creek for an interim. I don't remember what he said but I do remember thinking that this was a man of God. I hope to have half his resume when I go meet the savior! What a joy to know him on this side of Heaven!
- Katelyn
Honest confession is great for the soul, bad for the reputation. Fear only him who can destroy both body and soul in hell. Seek first the kingdom and his righteousness.
- Micheal Weber
I am so grateful for the life and influence of Bro. T.W. He had a tremendous impact on my life and ministry. For his faithfulness in ministry and his trust in God, he is surely hearing "well done" at the gates of heaven. May the Lord bless his entire family at this time of great loss.
- R. Chip Turner