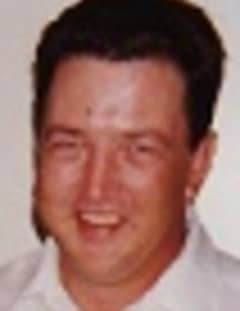 “Then shall the dust return to the earth as it was: and the spirit shall return unto God who gave it” Ecclesiastes 12:7. Tommy Lynn “Tom Tom” Smith returned to his Heavenly home, on August 20, 2019. He passed away at his home, in Dutchtown Louisiana after a courageous battle with cancer. He was 64 years old. Surrounded by family that loved him unconditionally. That was there with him through his sickness till the very end. He proudly served his country in the U. S. Army. He was born and raised in Washington County Mississippi. Tommy had an undying devotion for his family. His firm belief in God supported him in his struggle and ultimately gave him peace in the end. Tommy was the most loving, caring, compassionate man you could ever have known. His loving spirit gave love, light and laughter to anyone who knew him. There was nothing he wouldn’t do for anyone. If you knew him you couldn’t help but love him. There was nothing that he enjoyed more than spending time with each member of his family and sharing those special moments with each of them. Moments that will be cherished for a lifetime. In the words of Tommy “If you don’t have family you don’t have anyone.” He leaves behind to cherish his memories two step children; a son, Darvin Landry and ex-wife Kathy Landry; two loving daughters, Deborah Ramsey and husband Thomas, Lynda Threeton and husband Dannie; his two wonderful and loving daughters saw him through this fight as his caregivers. His son-in-law Thomas Ramsey was one of his loving care givers as well. His granddaughter Miranda Sargent was always there to lend a helping hand with his care. He also leaves behind twelve grandchildren including his very special granddaughter, Veronica Wainwright and fiancé Darrius Phillips and daughter Desiree Miranda Brown. His granddaughter Veronica stood by him daily for eighteen months through the difficult time in his life, this was a daily fight that they fought together. She loved and adored her grandfather. She will forever hold her grandfather and their memories together close to her heart. She is thankful for the special moments they were able to spend together. She will forever love and honor his memory. His 4 year old great granddaughter Desiree loved spending time and taking care of her Tom Tom; he also leaves behind thirteen great grandchildren and numerous nieces, nephews and other family members. He had four brothers Hubert Jones, James Jones, Ernie Jones and John Edward Smith. Special thanks to three special friends of Tommy’s that spent time with and showed him love daily, Malana Mayers, Mason Mayers and Carter Mayers. He will be truly missed by those who loved and adored him. A private Graveside Service will be held at a later date at Louisiana National Cemetery, where he will be laid to rest beside the love of his life Velma Lea Smith. He was preceded in death by his parents, Kit Burnette Ward and Tommy Louis Smith; sons, Chris Estes and Mack T. Menefee, Sr.; brother-in-law, Donald Ray Aime; mother-in-law, Ella McMorris Aime; father-in-law, Leopold Aime; two grandchildren, Mack T. Menefee, Jr., Marlana Francine Threeton; and great grandchild, Carson Michael Sargent, and numerous other family members and friends. Condolences may be offered at www.sealefuneral.com

Please share a condolence, photo or memory of Tommy. We welcome all condolences that are positive and uplifting that will help family and friends heal.