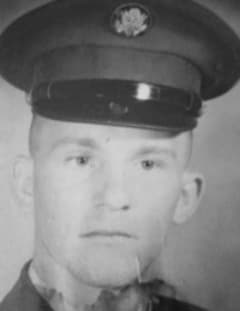 Wallace Bueche, Jr., a resident of Holden. Wallace was born on August 12, 1949 and passed away on February 6, 2020 at the age of 70. He was a native of Baton Rouge and proudly served his country in the U.S. Army during the Vietnam War. Visitation will be held at Seale Funeral Home, Livingston on Monday, February 10, 2020 beginning at 10:00am. Funeral services will be held at 2:00pm with burial to follow in St. James Baptist Church Cemetery. He is survived by his wife of forty-eight years, Virginia Ann Taylor Bueche, children; Cheryl Bueche, Jordan and fiancé Andy Fitzgerald, Jr. William Bueche and wife Cassy, four grandchildren; Brittany Bueche, Cayson Bueche, Rhylan Bueche, and Chyna Easley, two great-grandchildren; Scarlett Duplessis and Grayer Duplessis, brother, Dennis Bueche and wife Sherri, sister, Terri Rose and husband Chester rose, and numerous nieces and nephews. He is preceded in death by his mother, Eloise Bueche, father, Wallace Bueche, Sr., grandson, Jordan Bueche. In lieu of flowers, memorial donations may be made to Jenny Bueche. Please sign the online guestbook at www.sealefuneral.com