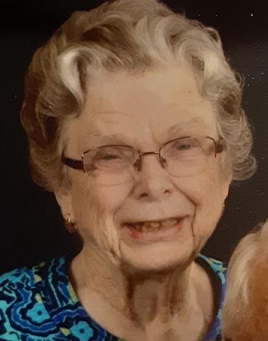 Mary Ann Summers Guitrau was born December 13, 1929.  She was a native of Hammond, LA and a longtime resident of Denham Springs, LA.  She passed away quietly on June 28, 2021 at the age of 91. She was a beloved wife, mother, mama and friend.   Mary Ann’s career spanned 20 years with Livingston Parish Schools as a teacher at Northside Elementary School. She was preceded in death by her husband and love of her life, Alfred S. “Al” Guitrau and her parents.  She is survived by her children, daughter Mary Alice Guitrau, sons and daughters-in-law Paul and Teresa Guitrau and Roger and Cindy Guitrau; grandchildren Kayte, Kevin, Allison and Ashley; great-grandchildren Kayleigh and Aaron.  Visitation will be held at First United Methodist Church of Denham Springs on Saturday, July 3, 2021 1:30 pm – 3:00 pm am followed by Celebration of Life at officiated by Rev. Scott Bullock.  Burial will follow at Denham Springs Memorial Cemetery.  Pallbearers will be Paul Guitrau, Kevin Guitrau, Aaron Guitrau, Buster Cullotta, Jeff Brignac and David Gillespie.  Honorary Pallbearer:  Matt Cotton. The family wishes to express their appreciation for the loving and compassionate care provided by the staff of Fidelis Residential Care – White Road and Amedisys Hospice.  In lieu of flowers the family requests memorial donations be made to First United Methodist Church of Denham Springs, 316 Centerville NW, Denham Springs, LA 70726 or the charity of your choice. Seale Funeral Home is in charge of arrangements.