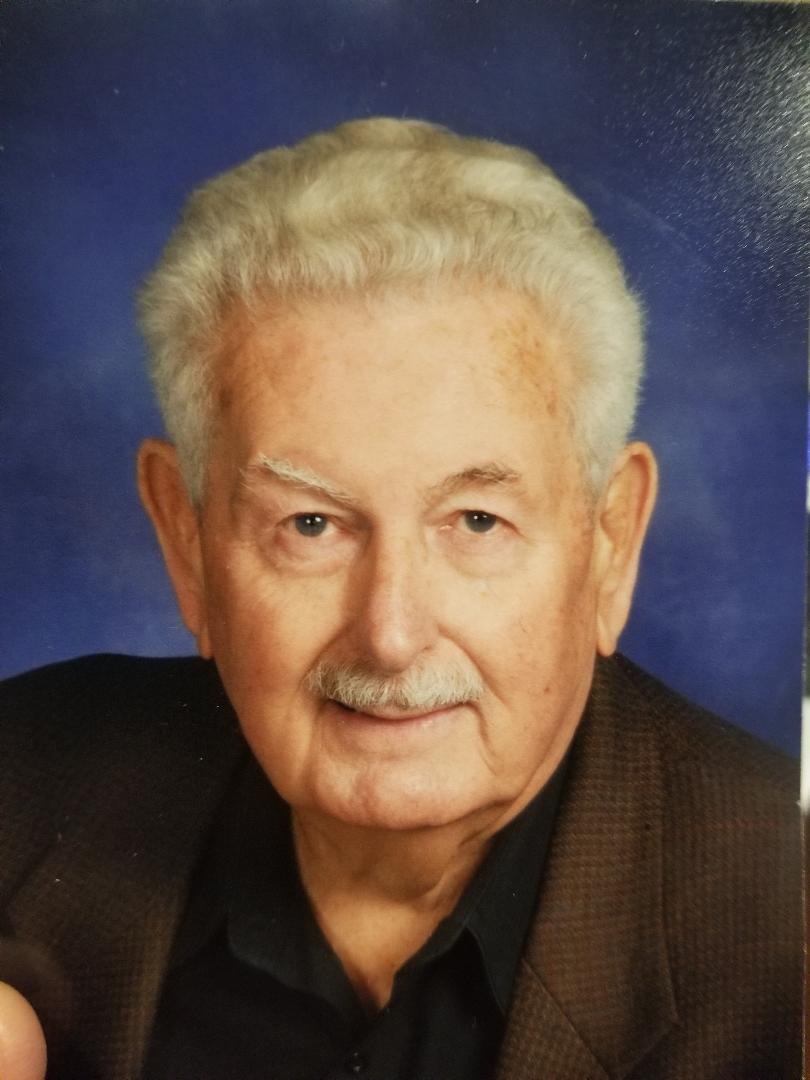 James Dalton Carpenter was born in Port Vincent, Louisiana, on September 5, 1932. A lifelong resident of Denham Springs, he died on July 26, 2021. He was truly the example of a self-made man. Born the son of a sharecropper, Dalton worked hard throughout his life and ended his career as a supervisor at LaRoche Chemical plant. A proud veteran, he joined the Army when he was 17, fought in the Korean War, and turned 18 on the battlefield. He received a Purple Heart and a Bronze Star for wounds sustained in battle as well as other awards for bravery, service and valor. “Dalton” to family and friends, “J.D.” to coworkers, “Poppa” to his grandkids, he was known for his lifelong love of music, his beautiful singing voice and his guitar playing. His jambalayas raised many a dollar for charity and his sons-in-law knew they were part of the family when he shared the secret of his coveted smoked turkeys. He was an avid hunter and fisherman, always out-fishing everyone with his special “blue-eyed” crickets. A wonderful storyteller, he was quick witted and always had a joke to tell. Dalton loved traveling, camping, cooking, playing music, and bringing people together. Dalton was also a man of God. Learning to love the Lord at his father’s knee, he was saved at a young age.  He served as a Deacon at Hebron Baptist Church for over 5 decades. He truly was a good and faithful servant. He is survived by his beloved wife of 24 years, Rose Acosta Carpenter. His daughters: Terri Pebworth (Danny), Glenda Roussel (Randy), Lori Callais (Al), and stepchildren: Glenn McMillan Jr. (Bambi), Jennifer Brunelle (Kevin), John and Jeff McMillan. He is also survived by his grandchildren: Allison Roussel, Garritt Roussel, Ryan Juban, Amanda Callais, Kaitlyn Callais Stafford (Hunter), Victoria Callais, Lanee Hughes (Emily), Ian McMillan, Hannah Jones, Haley Jones, and Luke Pocorello. He was especially proud to have his youngest great grandson, Levi James Stafford, named in his honor. He is also survived by his beloved sister and brother-in-law, Margie and Charles Smith, sister-in-law, Wendy Carepenter, and lifelong friends, Marvin and Grace Eccles, plus many great grandchildren, nieces and nephews. Visitation will be held at Seale Funeral Home, in Denham Springs on Friday, July 30, 2021 from 5pm until 8pm. Visiting resumes at the funeral home on Saturday, July 31, 2021 from 10am until Celebration of Life Service at 12pm, conducted by Rev. Charles Ray Smith & Rev. Mike Smith. Entombment will follow in Greenoaks Memorial Park. He was preceded in death by his first wife of 42 years, Barbara Hill Carpenter, parents Edward C. and Lucille Achord Carpenter, sisters Doris Brignac, Daisy Gourden, and brothers Carter, Travis, A.F. “Freddie”, Richard, and Willie “WV” Carpenter (Pat). Condolences may be offered at www.sealefuneral.com