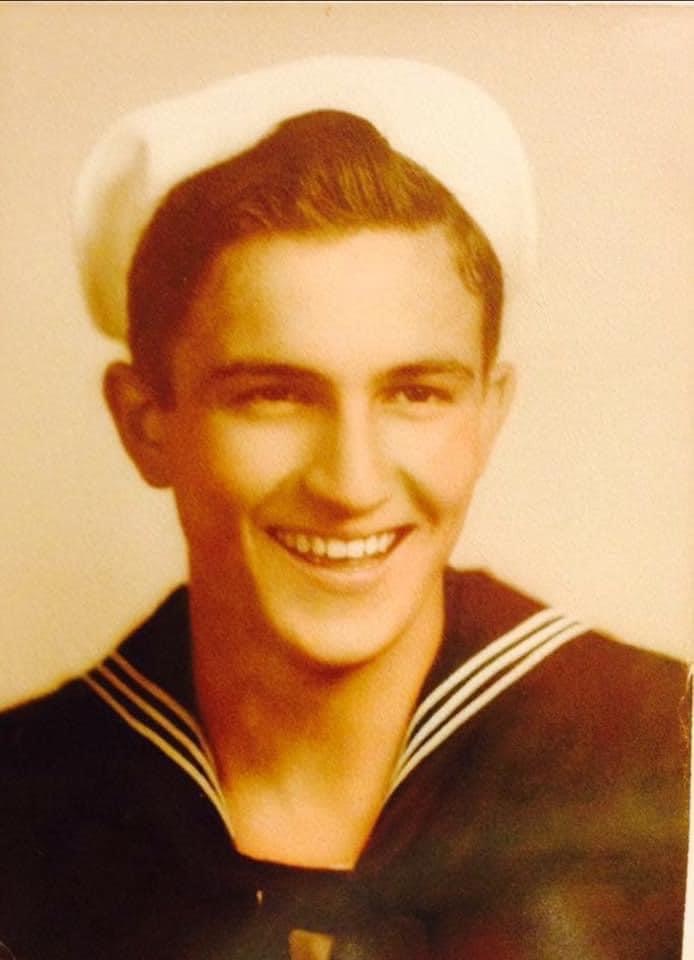 Herbert Neil Bond, Sr. 93, died Monday, August 30, 2021, at his home in Denham Springs, LA, surrounded by family after grabbing the tail of Hurricane Ida and flying home to Heaven. Herbert was an Atomic Veteran of the US Navy serving at the end of World War II at the tender age of seventeen. Herbert was what we used to call a man’s man. If you needed help, he was there. He cared about people and loved to dance. No one could jitterbug the way he could. He was a pressman by trade eventually fulfilling his dream of building his own shop. He believed in treating others with respect and demanded it in return. He will be remembered for his bright smile, positive attitude, and love of God, family and country. He was born in Simpson County, Mississippi to Virgie Mae Armstrong Bond & Melvin Edgar Bond Jr. and was the oldest of three children. He is survived by his wife, Vickie Whitehead Bond; sister, Sybil & Jan Monk; children; Gloria Teresa Bond, Deborah & Hank Rybicki, Joe & Joyce Bond, Felicia & Mike Brown, and Herbert & Ashley Bond, Jr.  Also survived by grandchildren, Christopher, Heather, Misty, Rachel, Courtney, Josh, Adam, Oliver, Roux, and greatgrandchildren Ryan, Anna, Rebecca, Sabrina, Zoe, and Daxton.  Herbert was preceded in death by his parents, and brother, Joel Edgar Bond. Visitation will be held at Seale Funeral Home, in Denham Springs on Monday, September 6, 2021 from 12pm until funeral service at 2pm. Burial will follow in Evergreen Memorial Park. Condolences may be offered at www.sealefuneral.com