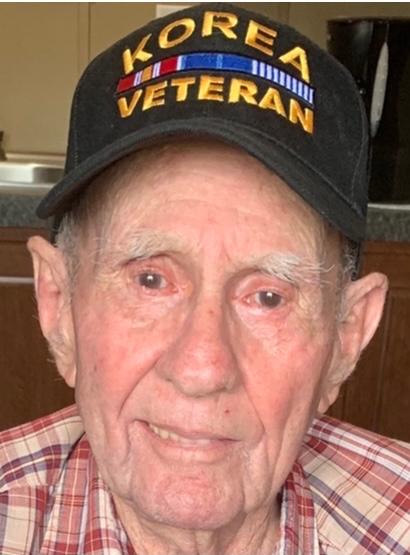 Richard Melton Young, born and raised in Kentwood, LA, passed away peacefully at his home in Denham Springs, LA on Wednesday, November 4, 2021 at the age of 92.  He graduated from Kentwood High School in 1946 and worked with his parents and brother on their dairy farm until 1952 when he was drafted into the Army. He spent nine months in combat in the Korean War on the 38th parallel in the 7th infantry division as a squad leader and gunner. After being honorably discharged, he attended Moler Barber College in New Orleans, LA and became a barber. He continued his practice at Young’s Barber Shop on Range Avenue in Denham Springs, LA for the next 52 years until he retired in 2009 at the age of 80. He married the love of his life, Vertie Esquinance, and they later welcomed their only child, Brenda, into the world.  Richard was preceded in death by his wife Vertie, parents Melton and Eva Young, sisters Mattie Louise Young and Leontine Young Meacham, and brother Shelby Young. He is survived by his daughter Brenda Young, sister-in-law Margie Esquinance, numerous nieces and nephews, and extended family. Visitation will be held at Immaculate Conception Catholic Church in Denham Springs, LA on Monday, November 8, 2021 from 10:00 a.m. until the Mass of Christian Burial at 11:30 a.m. which will be celebrated by Father Vincent Dufresne.  Interment will follow on the grounds of Evergreen Memorial Park.  Sincere thanks to Life Source Hospice for their exceptional care. In lieu of flowers, donations may be made to the charity of your choice.