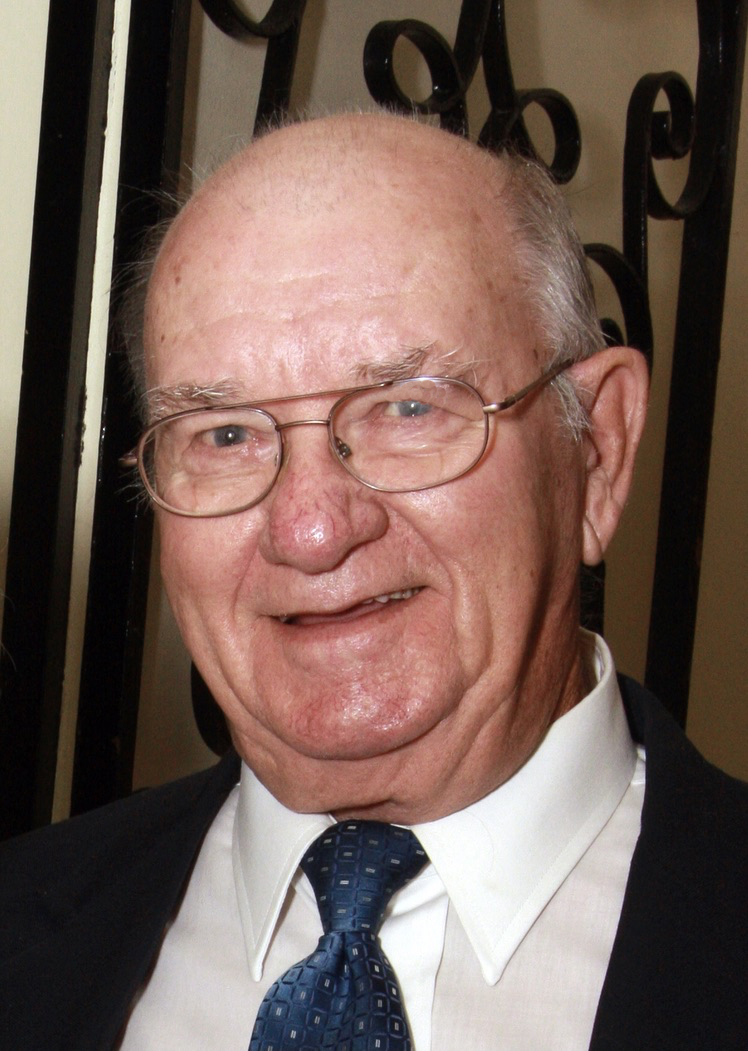 Ohma Dewitt “Popeye” Nugent died peacefully in Marietta, Texas at the home of his daughter, Beth, and his son-in-law, Jeff Garnett on November 17, 2021. He was a native of Colfax, Louisiana and a long-time resident of Denham Springs, Louisiana. He recently celebrated his 91st birthday. Popeye served in the U.S. Navy during the Korean War. He retired from the oilfields after spending the end of his career working all over the world as a Rig Superintendent for Rowan Drilling Company. He was an avid fisherman and hunter and when home on leave he spent most of his time on the water fishing for “the big one”. He loved tournament fishing mostly because he loved to race his boat. He kept many family members supplied with fish and venison and always had a great story to tell of his many exploits. He was preceded in death by his loving wife of 68 years, Berni, his oldest son, Michael, his parents, and all but one of his siblings. He is survived by his daughters Chris Marchiafava and husband Donnie, Beth Garnett and husband Jeff, his son David Nugent, his granddaughters Ashley Marchiafava, Holly Marchiafava, Kelley Creel and husband Jason, Heather Burns and husband Ryan, and Courtney Marchiafava and his great-grandchildren Alex, Hayden, Brandt, Hartley, Audree, Coleson, Colton, Wyatt, Lillian, Palmer and Amelia. Popeye will be greatly missed for his generous heart, affable charm, and endless supply of stories. May he rest in peace with his loving wife. Visitation will be at Seale Funeral Home in Denham Springs, Louisiana on Tuesday, November 23, 2021 from 10:00 a.m. until services at Noon with internment immediately following at Denham Springs Memorial Cemetery. Pallbearers are Hayden Frank, Alex Creel, Jason Creel, Ryan Burns, Wayne Tucker, and Donald Braud. Honorary pallbearers are Pete Hooks, Eddie Schafer, and Donnie Dickerson. Please sign the online guestbook at www.sealefuneral.com.