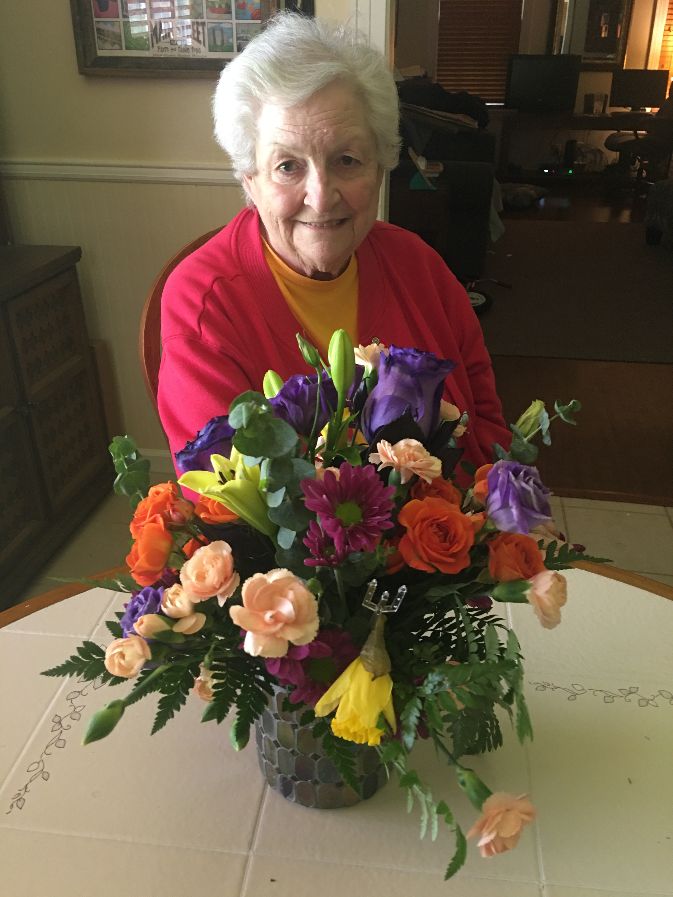 Constance Marie Duhon Martin, 81, a native and resident of Baton Rouge, La., passed away at 5:19 a.m., Saturday, Jan. 22, at the The Crossing. Connie dedicated the first eight years of her adult life to the School Sisters of Notre Dame as Sister Marie Fontaine. The rest of her life was dedicated to the loves of her life: her husband, three daughters, five granddaughters and one grandson, and seven great grandchildren. She was preceded in death by her husband of 38 years, Richard Dwight Martin, her father and mother, Maurice L. Duhon and Elise M. (Guidry) Duhon, a sister, Maureen Langlois, her paternal and maternal grandparents and many aunts and uncles. She is survived by three daughters: Emmy M. Comeaux and her husband, Tommy Comeaux and his son Marcus of Baton Rouge; Lydia M. McCarty and her wife, Shanna McCarty of Alexandria, La., and Melissa M. Davis and her husband, Lonnie Davis, of Atlanta, Ga. She is also survived by her sister-in-law, Catherine E. Weekley, and son, Jason Weekley of Bellaire, Ohio. In 1987, she became “MawMaw” and is survived by five grandchildren: Meagan E. Banai of Baton Rouge, Layne M. LaBarthe and her husband Tim LaBarthe of Colyell, La., and Courtney M. Ledet and her husband, Mark Ledet of Fort Worth, Tex., Rebecca “Becca” Marie Martin of Atlanta, Ga., and Taylor McCarty of Alexandria, La. and her honorary granddaughter, Jalisacia Carter Brumfield of St. Gabriel, La. Connie is also survived by a sister, Lydia Swarts and her husband Barry G. Swarts and their children, Todd and Robin Swarts and Ashlyn and Danny Davis of Panama City, Fla., and a sister-in-law, Alice Langlois, A celebration of Connie’s life will be held at a later date. At her request, Connie will be cremated. The family would like to express their gratitude to the staff of Baton Rouge General Hospital and the nurses at The Crossing. Please sign our online registry book.