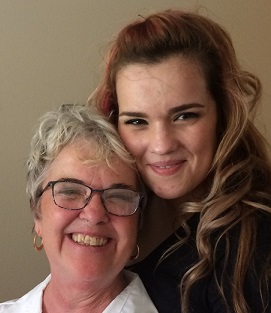 Kay Shannon Billings Gray died peacefully in her sleep on March 4, 2022.  Her death is mourned by many family and friends, especially by her daughter, Jillian Schell Gray (Charles Musso Jr.), her sisters Bonnye Billings Huffman and Patti Leigh Billings Brabham, and her brother Charles David Billings Jr. (Margery Freeman).  She was married to Jeff Gray, who preceded her in death.

Kay was born on November 2, 1953, in Memphis Tennessee, to Charles and Joyce (Hamn) Billings.  She graduated in 1972 from Central High School in Helena, Arkansas.  In 1976 she graduated with a degree in Early Childhood Education from Arkansas State University, where she was a member of the Alpha Omega Pi sorority.

A gifted and devoted teacher of young children, Kay taught at several preschools and elementary schools, primarily in the Baton Rouge Louisiana Catholic Diocese.  For five years, she owned and operated her own early childhood education center in Prairieview, Louisiana.  She also worked for several years in the oil & gas industry.  Most recently, she was employed by Durmo Pest Control in Slidell, Louisiana.

Kay loved antiques and LSU!  Her home in downtown Slidell was festooned with LSU memorabilia.

Visitation will be held at Seale Funeral Home, in Denham Springs on Wednesday March 9, 2022 from 12pm until Celebration of Life Service at 2pm, conducted by her brother, Rev. David Billings.