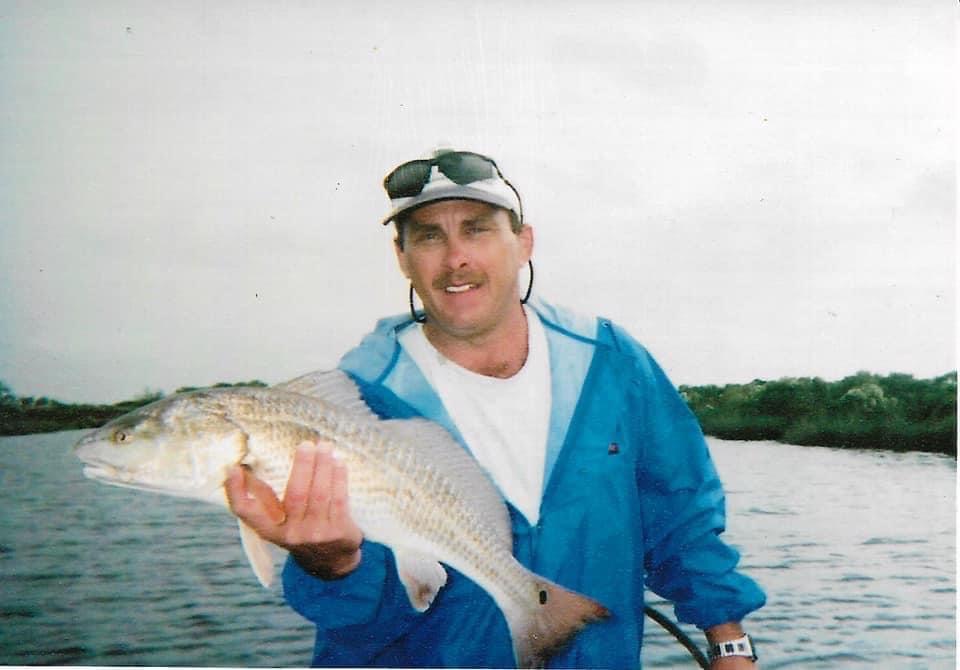 After his brave but brutal battle against Acute Myeloid Leukemia, Keith Randal Wales, passed peacefully
and went to be with the Lord, April 10, 2022, at M D Anderson Hospital, in Houston, Texas. He endured
to the end; his course is finished. Family and treasured friends were with him in his final days giving him
love and peace that he was no longer alone. Proud Pop, adored son, beloved brother, loyal friend, and
loving uncle – we find comfort knowing he is no longer suffering, but he is and will be deeply missed.
Keith will always be remembered for his love of family and friends, his awesome boiled crawfish, and his
love of the great outdoors. He worked 30 plus years in the petro-chemical industry, achieving numerous
certifications and credentials, and ending his career as a Refinery/Site Asset Inspector when his illness
forced his early retirement.
We have no doubt he was met at the gates of heaven by his parents, George A. Wales, Jr., and Margaret
(Margie) & Jerry Martin, already wet a line, snatching up all the good fish, and making up for lost time
with his fur babies that were waiting for him on that side of the rainbow bridge.
Keith was born on May 29, 1960, to George A. Wales, Jr and Margaret (Margie) F. Wales, in Baton
Rouge, Louisiana. He is survived by his son Kevin Ford, his much-loved fur babies Snowball and Peanut,
sisters & brother-in-law: Brenda Singletary, Pam Adams, Cheryl Martinez, and Karen & Richard Pringle.
Nieces and nephews: Kevin (Kimberly) Eubanks, Tricia (William) Vadnais, Kurt Eubanks, Mark (Katie)
Adams, Kim Sterling, Nicole (Chris) Brown, Katie (David) Laatsch, Bruce Martinez, Jr, Chad Martin,
Courtney Adams, Jerri (Morgan) Pringle, and Luther Pringle. Keith’s uncle title also includes eleven great
and five great, great nieces and nephews.
He is preceded in death by his father George A. Wales, mother & stepdad, Margie and Jerry Martin,
grandparents, uncles, aunts, brother-in-law, and many more.
At the time of his passing Keith had been a longtime resident of Gonzales, Louisiana, where he enjoyed
many bodies of water to choose from for his favorite pastime, FISHING.
Pallbearers are cousins: Terry Taylor, Darrel Taylor, and Ronald Lantz, as well as, close friends Ted
Fontenot, “Vick” Vicknair, and Adam Emmons. Honorary pallbearers are lifelong friend, Clint Waller,
who has spent months at Keith’s house taking care of Keith’s treasured fur babies, and Heather White,
neighbor extraordinaire, who went above and beyond!
The family wishes to thank Keith’s medical team, his numerous friends and extended family that
provided care, comfort, and prayers, not only lifting Keith, but his immediate family as well. The
outpouring of love, support, concern, and prayers we have received during this difficult time meant the
world to Keith and all of us also.
Viewing will be held at Seale Funeral Home in Denham Springs from 5:00 until 9:00 pm, Wednesday,
April 13, 2022, and will resume Thursday, April 14 at 10:00 am until the service at 1:00 pm. Burial will
immediately follow the funeral service. Keith’s earthly resting place will be amongst the woods at the
Wales family cemetery in Chipola, Louisiana.