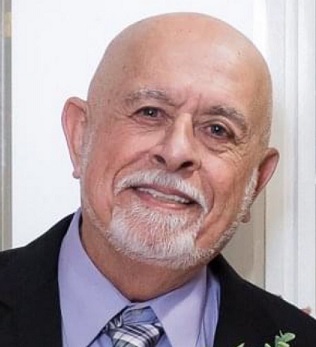 Our lives have been forever changed by the loss of our Patriarch, Henry Lee Sonnier. Henry, at the age of 78, passed away on April 17, 2022, at 3pm at his home in Walker, La. His battle with Chronic Lymphatic Leukemia this last year and these last few months really brought him down. Although he lost his life to CLL, he left this world with the love of Jesus in his heart, and if you were lucky enough to hear him talk about Divine Mercy, and how much he believed in the forgiveness of our sins, then he left a ray of hope for you and all of his friends, family and church family. Henry loved the Divine Mercy Chaplet, and he said the Chaplet every day. He died during the Divine Mercy Hour, on Easter Sunday, which was incredibly special for him.

Henry was born on the Bayou…Bayou Queue de Tortue, (Bayou Tail of Turtle) on August 10, 1943. He was the son of Sidney and Enez; the baby boy of 3 sisters and one brother. Henry was born early, and they said he was a blue baby. The doctor told his mother to love him and take good care of him because he would probably only live another 2 weeks. He proved them wrong.

Henry was raised in Gueydan, La. and spoke Cajun French fluently. He loved and was very proud of his Cajun Heritage.

Henry graduated from Gueydan High and after high school, Henry and his friends joined the Army. After boot camp, he was stationed at Fort Carson in Colorado Springs, Co. where he fell in love with the mountains because they amazed him. After serving in the Army, he came home and tried rice farming but decided that was not for him.

Henry moved to Baton Rouge, La, with his first wife Martha Myers Louviere, and son Lonnie, then came Michael, and Joe, (and miscarriage). Later in life he had two daughters with his second wife Beth Aucoin Sonnier, Michelle and Laura Elizabeth. Laura lives in Heaven also.

Henry went to work for Air Liquide’ where he worked as the Transport Manager for 30 years. He finally retired in 1999 and after Retirement he went to work for Immaculate Conception. He loved working with the CCD Office and all the kids, but his favorite was his Adult Confirmation Class that he taught for over 10 years. He would light up before each class.

Henry had jokes and loved making the grandchildren laugh. He just had an overall contagious personality about him. Henry was happy making you smile and making people happy.

Henry’s favorite hobby was driving and on all of our trips he did all but maybe 2 hours of the driving. The minute he had a trip planned, he was ready to go. He took us so many places with our grandkids, which was so much fun. We will never forget those times. Just being behind the wheel he was in his glory, and the first thing he did was say the Rosary anytime we got in the car.

Arrangements have been made with Seale funeral home for Wednesday night 5-8 pm, Thursday Morning, 9:30 to 11 visitations at Immaculate Conception in Denham Springs, 11 am Mass, with burial at Evergreen Memorial, Denham Springs, La.

From Henry to all he knew and all he loved!

“don’t let go of the potato”, or “don’t give up” (a testament to the enduring spirit of the Cajun people).