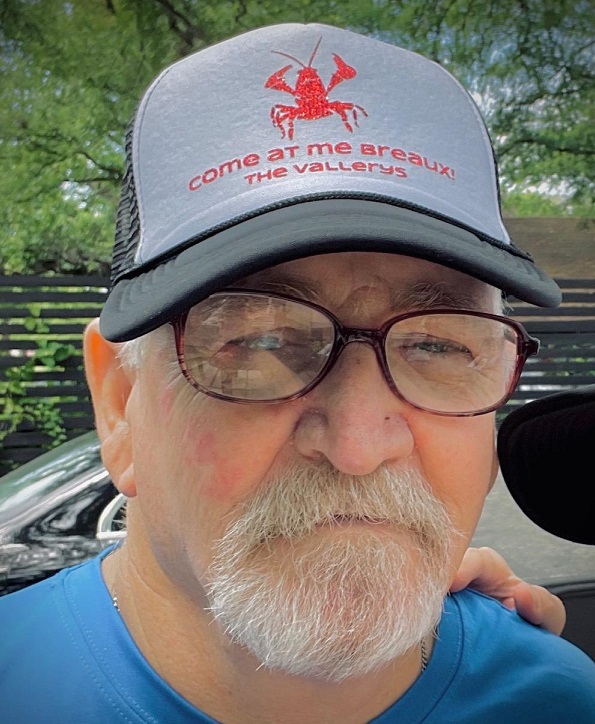 Earl was born in 1950 and raised in Louisiana and — only after a few brief stops in Texas — he got back as fast as he could. He loved his home state and, in his younger days, he could be found enjoying the out-of-doors — he hunted, trolled bayous and swamps for scenery to photograph, and he was also an avid fisherman. When his family was young, Earl was the proud owner of a big baby blue fishing boat named “The Cajun Lady”; the boat’s artwork was the talk of the neighborhood, as it featured a voluptuous lady alligator smoking a cigarette and giving passersby a wink or a side eye. That baby blue boat was the scene of many a family memory, and it held the family as they fished nearly every shore and cove around Lake Pontchartrain.

Earl raised his family in Slidell for decades, but was employed out of Morgan City; he made a four-hour trip from work to home every other week for over 30 years, serving as a marine engineer and derrick barge operator for what was then called J Ray McDermott, now known as McDermott International. Earl’s work in the offshore industry carried him all over the world; he spent a LOT of time in the Gulf of Mexico, but also visited and worked in or in the waters of Trinidad & Tobago, Venezuela, Mexico, and the Middle East. Earl learned many of the skills he carried into his professional career from his experience in the US Military. Earl was a member of the US Army during Vietnam War serving in both Vietnam and Korea, where he received multiple Coast Guard certifications including Able Seaman, Fire Fighting, and a wide variety of vessel stability endorsements. Afterwards, Earl went on to learn naval electronics with a role for the Department of the Navy in New Orleans.

Earl was known for his strength, his fire, and his loyalty. If you were in his circle, there wasn’t anything he wouldn’t do for you and he was the kind of person who you could call upon and who would show up on your doorstep without an effort of hesitation. He had a ridiculous sense of humor, and he could be incredibly silly. The family carries years of inside jokes, catch phrases, silly sayings and memories crafted out of Earl’s view of the world.

Earl is survived by his ex-wife, Janice, and his three children and their families: Christopher with wife Sandy and son David; Christina with husband Carey and daughter Lola; & Earl Jr. with wife Lee and daughter Fernanda. Earl will be missed as a grandfather; he was known as “PawPaw” and sent the largest, loudest, brightest gifts that filled the grandkids’ eyes with wonder.

Earl was preceded in death by his mother and father, Henry and Eva Vallery, and his sister Georgiana Moxley.

In lieu of flowers, the family is directing donations in Earl’s name to the Wounded Warrior Project.

Earl, Dad, PawPaw, we love you; rest in peace.