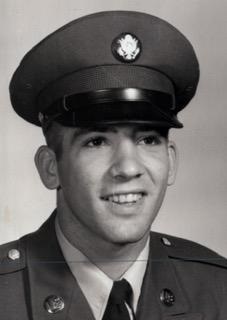 “I HAVE FOUGHT A GOOD FIGHT, I HAVE FINISHED MY COURSE, I HAVE KEPT THE FAITH,” 2 Timothy 4:7
Frankie passed away peacefully at Heritage Manor in Baton Rouge, LA. on Sunday, July 24, 2022. He was 78 years old and a resident and native of Plaquemine, LA.
Visitation will be at First Baptist Church in Plaquemine, Saturday, August 6, 2022 from 10:30am. until 12:30pm. Celebration of Life service will begin at 12:30pm., lead by Reverend Keith Horton. He is survived by his children, Jordan Dupont and Anna Dupont and boyfriend, Trey Crifasi; former wife, Melissa Garner Dupont; sisters, Olive “Lolly” Tuminello, and Desiree Goodbar and husband Carl; brothers, Dr. John Shelby Dupont, Jr. and wife Erin, Bill Dupont and wife Alexia, Stephen “Talon” Dupont and wife Donna; sister-in-law, Eva Dupont and numerous nieces and nephews. He was preceded in death by his parents, John Shelby Dupont, Sr. and Olive Jumonville Dupont; his brothers, Thomas “Tody” Dupont, Charles Denis Dupont andJames “Mooga” Dupont; and his brother-in-law, Michael J. Tuminello, Sr. Honorary Pallbearers are all of his nephews.
Frankie was well known in the local and surrounding communities. He was a graduate of St. John High School in Plaquemine and the Barber College in New Orleans. He was a past member of the LA National Guard and the American Legion. In his youth, Frankie was King of the Teenage Carnival and a decorated sports standout. He was honored recently with induction into the St. John High School Athletic Hall of Fame. After graduation, Frankie continued his life-long love for sports by playing many years in the Plaquemine Men’s Softball League and boxing while in the military. He enjoyed spending time with family and friends. He always enjoyed family get-togethers, relishing good food and fellowship, especially during LSU football games. He loved to play basketball or football with his extensive family members.
Frankie was most well known for his talents as a barber and a hair stylist. He started his career at local shops and eventually owned several of his own, but everyone remembers the enduring “Super Hair.” During his prime, Frankie had people coming from all over the state to get their hair done by him.
In his later years, Frankie enjoyed studying the Bible and taking courses from Bible College in Florida, where he was working on his Dr. of Divinity degree. He was active for many years in Prison Ministry, and never missed the opportunity to share his knowledge or give his testimony to others. He was a member of First Baptist Church in Plaquemine. Those who would like to make a donation in his name may do so, to either First Baptist Church, 24525 Ory Ave.,  Plaq., 70764, or to The National Kidney Foundation, 30 East 33rd St., NY, NY 10016