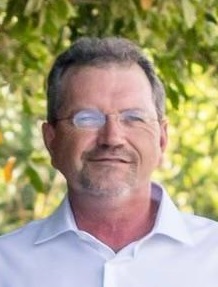 Robert Gene Wingert, a long-time resident of Denham Springs, Louisiana passed away on Saturday, July 23rd , 2022 at the age of 59. Robert was born on April 12th, 1963 in Sioux City, Iowa. He enjoyed spending time with his wife and kids and looked forward to summer trips to visit family and friends in Nebraska. Although he was known to be a solitary man, he was also considered to be a good friend and someone you could depend on in a time of need. He will be deeply missed by his family, friends and all who knew him. He is survived by his wife Kristie Wingert. His children: Aaron Wingert, Nikki Debetaz, Sara (Jared) Fouts, Taylor Wingert and Robert Wingert; his grandchildren: Emily, Tucker, Keenan, and baby Fouts. His parents Mary Ann Wingert and Alfred “Fritz” Wingert. His siblings: Lori Stanikmas, Allen (Kathy) Wingert, Kathy Wingert, and Joshua Wingert. Along with numerous uncles and aunts, nieces and nephews, extended family and friends. Visitation will be Friday, July 29th at Seale Funeral Home in Denham Springs at 5:30 pm followed by a celebration of life at 7:00 pm. Condolences may be offered at www.sealefuneral.com