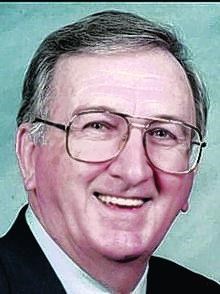 “Well done, thou good and faithful servant: thou hast been faithful over a few things, I will make thee ruler over many things: enter thou into the joy of thy lord.” – Matthew 25:21.

A father, grandfather, great grandfather and leader in the insurance industry, he died peacefully Tuesday, Nov. 8, 2022 with his family by his side. A native of Moreauville and a 1958 graduate of Moreauville High School, he was 82. Ed was beloved by his family, who knew him as Pop, or E.P., or Uncle Pheen. He delighted in a tall tale or a joke – the story of his Uncle Henry and his role in “finishing” the Simmesport railroad bridge was a personal favorite. He instilled in his sons and grandchildren a love of sports, particularly football and golf, as well as a boundless curiosity about the universe. And he took pride in helping people protect their lives, businesses and property in his professional life.

He is survived by his wife, Kathy Lavergne Rabalais, with whom he celebrated their 57th wedding anniversary on Nov. 5. They met when Ed was working for the Texas and Pacific Railway as a traveling telegraph operator and depot manager. Kathy, who was working as a secretary nearby, came into the depot in Church Point on a work errand. It was love at first sight. After returning home from a subsequent blind date, Ed told his roommate, “I’m going to marry that girl.” Following their wedding in 1965 at First Baptist Church in Church Point, Ed began a long career in the insurance industry that took them first to Marshall, Texas; then Baton Rouge; Lafayette and finally back to Baton Rouge, where they settled in 1970. Ed’s career took him to several stops, including a stint as CEO of LIPCA insurance company before his retirement. But he kept working throughout his life, owning a small business called Executive Coffee and serving as a self-employed life insurance agent until the time of his passing. He also served his country in the Louisiana National Guard and enjoyed coaching youth sports. He is also survived by three sisters: Elaine Valois of Moreauville; Theresa Sanfilippo and her husband Bruce of Oak Brook, Illinois; and Edel Rabalais and her husband Mitchell of Baton Rouge; and a brother, Wayne Rabalais and his wife Elaine of Lafayette. He is also survived by his sons, Scott Rabalais and wife Michell of Baton Rouge, and Jeff Rabalais and wife Tacie of Prairieville, in addition to five grandchildren: Dr. Megan Rabalais Nuss and husband Dr. Robert Nuss of Baton Rouge; Nicholas Rabalais of Denver; Brady Rabalais of Prairieville; Katherine Rabalais of Baton Rouge; and Malorie Rabalais of Prairieville; and two great grandsons, Bryan and James Nuss.

A celebration of Edward’s life will be held at Seale Funeral Home in Denham Springs, LA on Saturday January 21, 2023 with visitation beginning at 10:00 AM until 12:00 PM. Memorial services will being at 12:00PM.

Special thanks for his care at the beginning of his illness and at the time of his passing to the staff at Our Lady of the Lake Regional Medical Center, especially Dr. Martin Setliff, and to the staff of Landmark South Nursing and Rehabilitation Center, where Ed resided for the final 10 months of his life. In lieu of flowers, the family requests that donations be made in Ed’s name to St. Jude Children’s Research Hospital at  www.stjude.org.