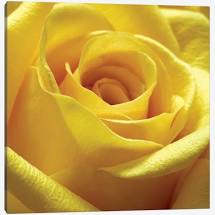 Joyce, born in Baton Rouge on March 12, 1926 to Jules and Edith Fryoux, passed away Wednesday, October 6, 2021 at her home in Denham Springs at the age of 95 surrounded by her family. She was a loving wife, mother, sister, grandmother, and great-grandmother. Joyce was a graduate of St. Joseph’s Academy in Baton Rouge and she worked as Secretary to the Director of Nursing at Our Lady of the Lake Hospital. On April 20, 1951 she married the love of her life, Aubry S. Jackson, Sr. at Sacred Heart Catholic Church. Joyce began married life on Amite Church Road in Denham Springs. As their family grew, Joyce and Aubry built a larger home next door to their little green house where they built beautiful memories. This house became a sanctuary for all. After Aubry passed away in the family living room in 2014 under hospice care, Joyce’s desire was to stay in the family home until her death. Despite the devastation of the Flood of 2016, the family pulled together to return her to her home and allow her to remain there until her death in the family living room under hospice care as she had wanted. Joyce was a devout Catholic whose faith never wavered. She enjoyed praying daily for family and friends. She always looked forward to having her family and friends call and visit her; family meant everything to her. In her early years, she spent much of her time in the kitchen cooking for her family with love ensuring everyone was taken care of. In her later years, she found great joy in watching EWTN and Hallmark movies.

The family would like to thank her longtime caregiver, Dr. Jack Reid, her new friends Lorraine, Mercedes, Rose, Cedric, and the other wonderful staff from Life Source Hospice who helped her reach her heavenly home so peacefully and with great joy.

Memorial donations may be made to St. Joseph’s Academy www.sjabr.org or Eternal Word Television Network www.ewtn.com.