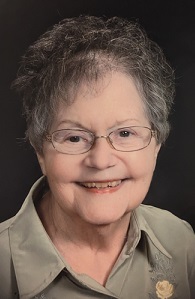 Janie Ruth Webb Lott, 79, of Walker, Louisiana, passed away on 1/15/2023. Janie was born on 2/25/1943 to William Louie and Mary Lucille Webb in Denham Springs, Louisiana. She worked for the State of Louisiana (in the Office of Group Benefits) as an accountant for over 30 years and retired in 2004. In 1980, Janie married Dewitt Leo Lott, Sr. Janie and Leo went on to have one child, Dewitt Leo Lott, Jr. Janie was preceded in death by her father, Louie Webb, her mother, Lucille Webb and her brother Paul Webb. She is survived by her husband, Leo, son Lee, her sister Fern Broemel, step daughters, Denise Gravois (Lloyd Gravois), Lane Conaway and Danielle Wiley (John Wiley). She also is survived by grandchildren Monigue Anderson (Brooks), Collin Gravois (Allie), Madeleine Cassidy (Ryan), Jonathan Conaway, Zachary Wiley (Meghan), Matthew Wiley (Bethany) and Mackenzie Wiley, great grandchildren Beckett Anderson, Preston Anderson and several nieces and a nephew. While flowers are appreciated, the family requests any donations be made to the Alzheimer’s Services of the Capital Area. A visitation will be held at the Mission of the Sacred Heart in Livingston, Louisiana on 1/28/2023 at 10:00 AM followed by a mass at noon. The Burial will take place at Greenoaks Cemetery with a gathering immediately following at the Greenoaks Reception Center. Condolences may be offered at www.sealefuneral.com